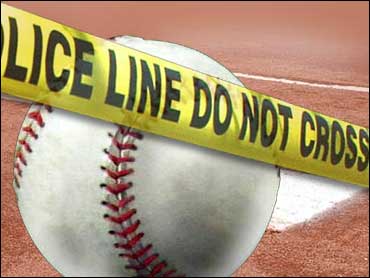 RICHMOND, Ohio -- An Ohio man is facing charges after he allegedly pointed a rifle at children near baseball fields Sunday afternoon, reports the Herald-Star.

Witnesses told the Herald-Star 32-year-old Eric Kovachic was holding the rifle as he approached the ballfields shortly before 5 p.m., forcing parents and children to run for cover.

The paper reports one man initially approached Kovachic and attempted to talk him into dropping the rifle. Two other men then approached, with one man asking to shake hands with Kovachic and the other pulling the rifle out of his hands, according to the Herald-Star.

“That took a lot of courage for that guy to reach out and take the gun,” Abdalla told the paper.

Kovachic reportedly told investigators he was welding in a shop at his home when he saw juveniles inside the shop, and chased after them. The juveniles reportedly said Kovachic pointed the rifle at them, but Kovachic denied pointing the rifle, saying he only “wanted to get his point across.”

He was charged with inducing panic, aggravated menacing and felonious assault, the paper reports.