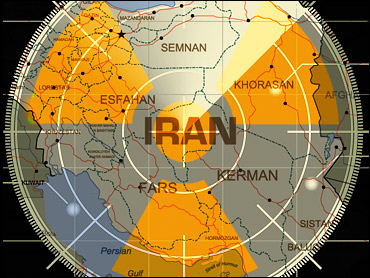 (CBS/iStockphoto)
Iran has experimented with a nuclear warhead design so advanced, it's still a secret in both the U.S. and Britain, according to a report in Friday's Guardian.

The British newspaper reports that intelligence suggesting the isolated Islamic regime tested components of a "two-point implosion" warhead has been handed over to Iran by the U.N. nuclear watchdog as part of a dossier of matters requiring explanation.

Parts of the International Atomic Energy Agency's dossier has been published in the past, but this is the first claim that Iran has sought such advanced weaponry — a claim nuclear experts called "breathtaking" when asked by the Guardian.

The IAEA has asked the Iranian government to explain all the activities in the dossier, which come, in part from Western nations' intelligence services. The Guardian reports that, despite frequent IAEA scepticism over Western claims about Iran's nuclear program, the agency's chief, Mohamed ElBaradei, has said the dossier focused on nuclear weapons pursuits, "appears to have been derived from multiple sources over different periods of time, appears to be generally consistent, and is sufficiently comprehensive and detailed that it needs to be addressed by Iran."

It wasn't immediately clear whether ElBaradei was referring in that comment to the "two-point implosion" element of the dossier.

Two-point implosion devices, the paper says, are easier to develop than conventional nuclear warheads and are designed to fit onto much smaller missiles.

"It is breathtaking that Iran could be working on this sort of material," said a European government adviser on nuclear issues.

James Acton, a British nuclear weapons expert, told the newspaper: "It's remarkable that, before perfecting step one, they are going straight to step four or five ... To start with more sophisticated designs speaks of level of technical ambition that is surprising."