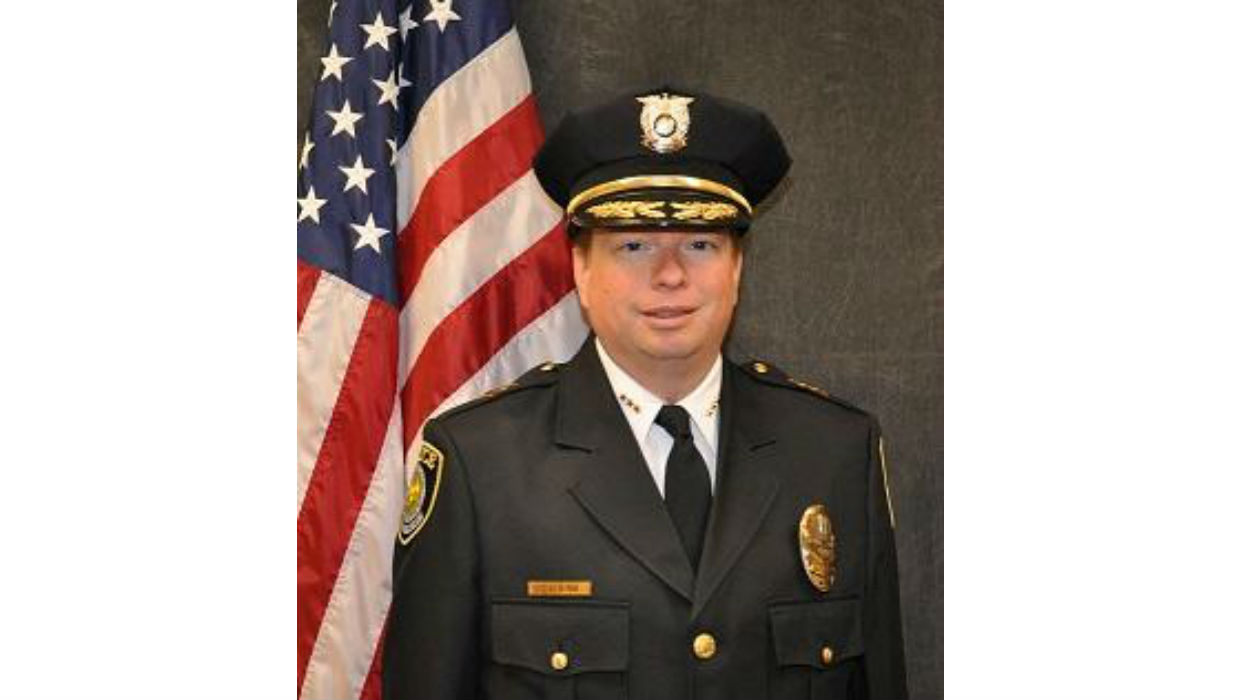 IOWA CITY, Iowa -- The University of Iowa's interim campus police leader interfered with an investigation into a hit-and-run drunk driving accident by his stepson after the two left an Iowa City bar, driving away before officers could interview him, according to records obtained by The Associated Press.

Investigative documents withheld from the public for months show that David Visin refused an officer's requests by phone to pull over on June 25 so police could speak with him and his passenger, his stepson Sean Crane. Officers were searching for Crane, 33, because his truck had smashed into two cars minutes earlier in a parking lot outside the bar.

Instead of stopping, Visin dropped Crane at a gas station a few miles away and left before officers arrived. Johnson County sheriff's deputy Brad Kunkel later found Crane intoxicated and shirtless on the side of a nearby highway with a major abrasion on his back that required emergency medical treatment.

Visin repeatedly told Kunkel he couldn't pull over because he needed to go home to drop off a trailer he was pulling, saying: "I'm not a good trailer puller." Visin said he left Crane because he "wanted him to get the hell out of my truck" after learning about the hit-and-run. Kunkel told Visin those explanations were ridiculous, according to audio from his police car obtained by AP.

On Monday, Visin blamed his actions on diabetes, a disease he said he has hidden from colleagues to avoid discrimination. He told the AP he had not been drinking, had no involvement in the hit-and-run and wasn't aware of Crane's injuries then.

He denied interfering, saying: "Without my assistance, they never would have found him." He said his judgment was affected by low blood-sugar levels, and he needed to get home to inject himself with insulin and eat.

"I am sorry that this whole incident occurred and really, that covering up my disease has led to this moment," he said.

Visin, 47, has served as assistant vice president and director of public safety for 14 months, earning a $153,000 salary. The university is expected to decide soon whether to permanently give him the job, which has become increasingly high-profile as the school fights binge drinking and sexual assault.

In his report, Kunkel said he believed Visin interfered with the investigation and lied. But authorities didn't file any charges. Sheriff Lonny Pulkrabek said officers didn't have cause to investigate further once Visin left.

After having Crane transported by ambulance to a hospital, Kunkel blasted Visin in a phone conversation he recorded. He said Visin should have known, as an officer, that the only "reasonable, logical and ethical thing" was to pull over and that Crane's injuries should have raised concerns.

"A cop is on the phone telling you to stop, and the person with you is involved in a hit-and-run, and you don't do that? You tried to interfere with this. You tried to make this difficult," Kunkel said. "I think the worst thing you could have done is walk away and wash your hands of it, because it looks like you're trying to hide something."

Crane received treatment for "road rash" on his back, which he suffered after being ejected from his truck during the hit-and-run accident, according to video of the stop and police reports. His blood alcohol level was twice the legal limit, and Crane admitted he had been smoking marijuana after officers found joints in his truck. He was sentenced to two days in jail after pleading guilty to operating a vehicle while intoxicated. Prosecutors dropped a drug charge.

Johnson County Attorney Janet Lyness refused the AP's request for investigative reports in July, citing Crane's criminal case. AP renewed its request in December after Crane pleaded guilty, then notified Lyness last week it was planning to file a complaint accusing her of violating the open records law. Lyness apologized for delays and released the records.

When Kunkel told Visin about the accident and asked him to pull over, Visin repeatedly said he had no idea what was happening, irritating Kunkel, who called the situation "pretty straightforward." Kunkel told Visin not to leave Crane by himself, but he did.

Visin said Monday he learned about the hit-and-run from Kunkel, and "was very angry." He said his hypoglycemia made things worse. He said Crane regrets that his "deception and addiction led to possible damage to my career."