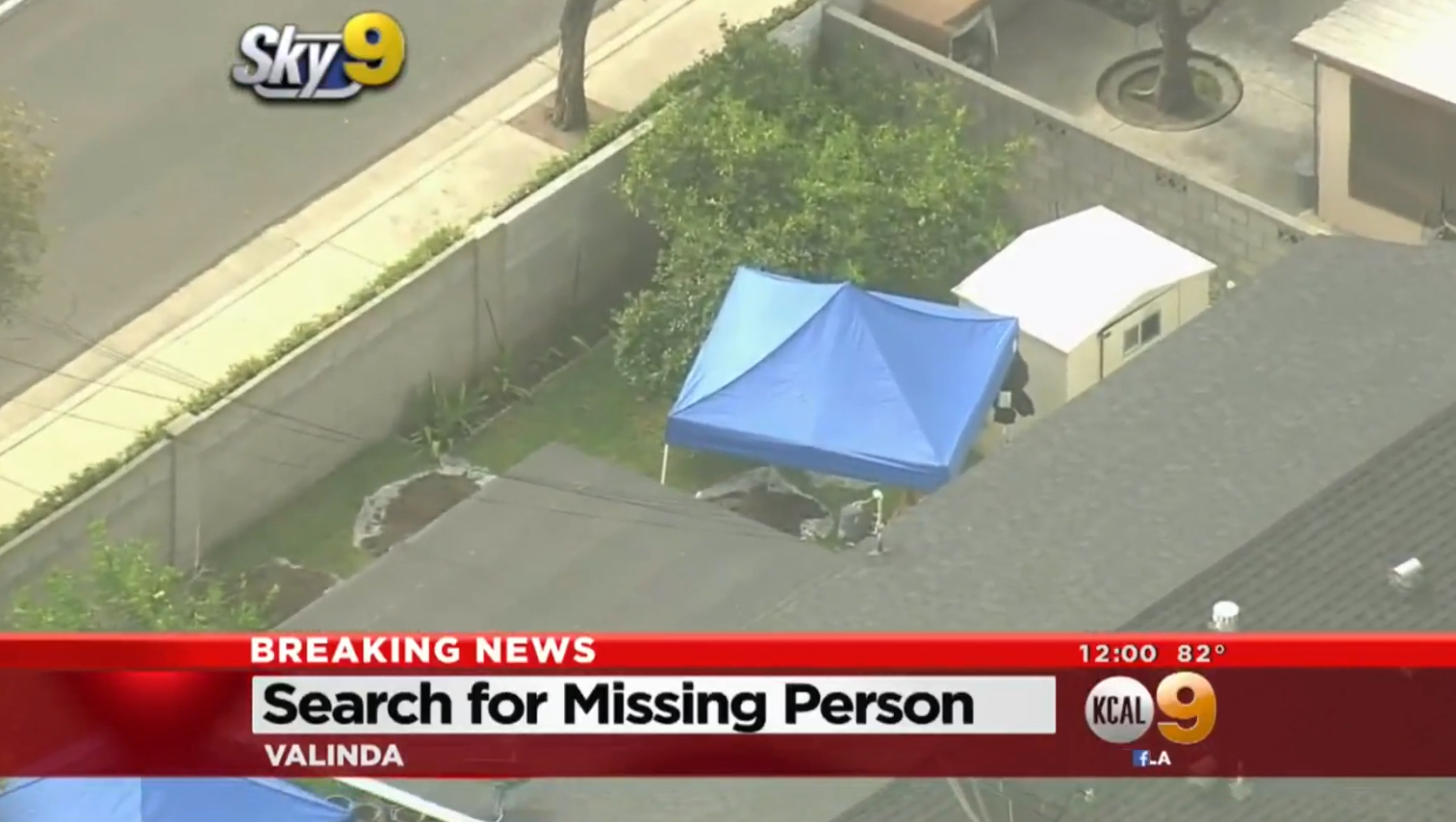 Sheriff's spokeswoman Nicole Nishida says the investigation is connected to a missing person report from 2009. She did not elaborate.

Ed Winter of the coroner's office says his office will try to make a positive identification from the remains dug up on Friday. They included a human skull, reports CBS Los Angeles.

Homicide detectives responded to the home in unincorporated Valinda early Thursday for a report of human remains that were possibly buried in the backyard, reports the station.

Detectives have developed information that the possible remains at this location are unrelated to the residents who live here," Lt. Victor Lewandowski, with the Los Angeles County Sheriff's Department, told the station before the discovery. "We have enough probable cause that we secured a search warrant..."

The current owners of the home cooperated with the search, he said.