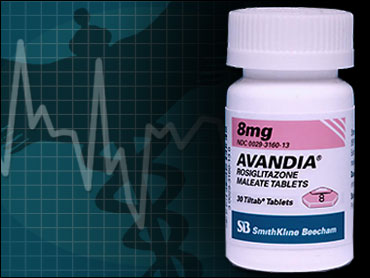 The report was released on the heels of an article in The New York Times saying that confidential government reports show diabetes patients would suffer 500 fewer heart attacks and 300 fewer cases of heart congestion each month if they took a similar pill named Actos instead of Avandia.

Sen. Max Baucus, chairman of the Senate Finance Committee, and Chuck Grassley, the committee's ranking Republican, released the report, which follows a two-year inquiry, on Saturday. They are also asking the U.S. Food and Drug Administration why it allowed a clinical trial of Avandia to continue even after the agency estimated that the drug caused 83,000 heart attacks between 1999 and 2007.

"It should be re-emphasized that in 2007 the FDA issued a black-box warning against Avandia for an increased risk of heart attack and congestive heart failure," Ashton said, "so it's not new that patients who are on this drug or this class of drug should have very involved discussions with their health-care provider about their risks verses the benefits when it comes to taking those medications."

GlaxoSmithKline said in a statement the drug is safe. It said the committee report took data out of context from analyses of Avandia.

In 2007, the FDA ordered a warning to be included on Avandia's label warning that it might increase the risk of heart attacks. But the label also says data on the risks are inconclusive.