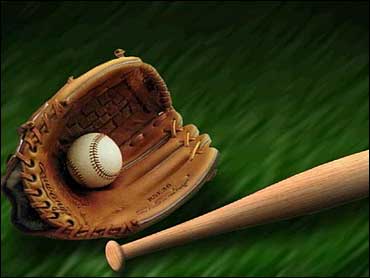 The newspaper said John Dowd, also the investigator in the Pete Rose gambling probe, wrote the report that led to the sanctions against then-umpires Frank Pulli and Rich Garcia.

According to documents obtained by the Daily News, the umpires were disciplined for "associating and doing business with gamblers and bookmakers," in violation of Major League Rule 21 — the "best interests of baseball" rule.

Dowd told the newspaper that Pulli and Garcia were sanctioned for placing bets with "local bookies," and cooperated fully with the investigation.

The newspaper said repeated attempts to reach Pulli and Garcia were unsuccessful. Pulli is now an umpire supervisor, while Garcia is being considered for a similar job.

Major league baseball confirmed the gambling sanctions to the newspaper and defended its decision to keep the investigation secret. Baseball also defended the hiring of Pulli as a supervisor, and the plan to bring in Garcia.

"They made a mistake," said Sandy Alderson, executive vice president of baseball operations. "From my standpoint there's absolutely no question about their integrity, commitment to the game or to the profession of umpiring."

It came hours after another Israeli air raid on a densely populated refugee camp killed at least 10 Palestinians from an extended family, mostly children.