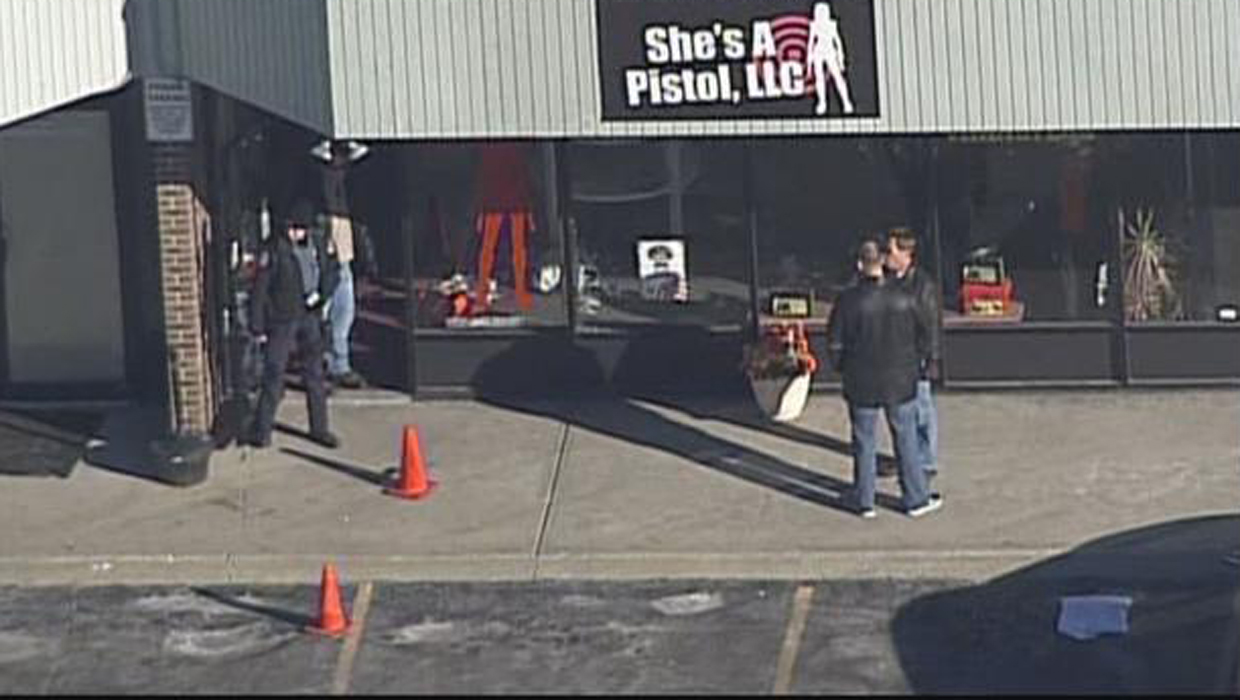 Authorities said Bieker and two of the suspects had been taken from the store in critical condition.

Police said in a news release that the other two suspects, including one who had been shot, fled but were located a short time later on the porch of a nearby home. Johnson County MED-ACT spokeswoman Angela Fera said the injuries of the fourth shooting victim weren't considered life-threatening.

The store is about 15 miles southwest of Kansas City, Kan.

According to Dan Ferguson, a spokesperson for the Shawnee Police, police received a call about gunshots at the Shawnee store around 2:10 p.m. Friday.

CBS affiliate KCTV ealier reported that Rebecca Bieker was punched in the face and body during the assault.

According to the store's Facebook page, She's A Pistol is a "woman-owned personal protection and self-defense training, services, and supplies company based in Shawnee, KS."