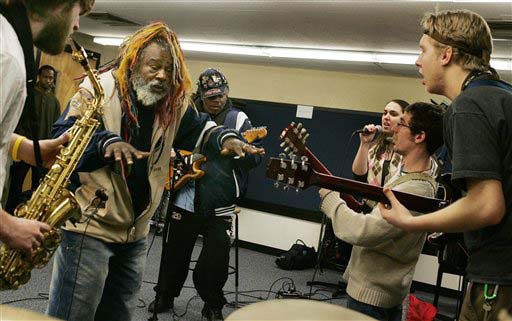 Convinced he and David Robinson can lead their team to another NBA championship, Tim Duncan reportedly plans to sign a three-year contract with the San Antonio Spurs.

Duncan, the biggest prize in this year's free-agent pool, will receive the maximum salary and the signing could come next week, the San Antonio Express-News reported Friday, citing unidentified sources.

The value of the deal will not be known until the NBA releases its salary-cap calculations to teams on Tuesday, the first day free agents can sign.

The newspaper said Duncan's contract will include a fourth-year option.

In taking a three-year contract, Duncan's strategy is to set up a much bigger contract when he will have six years of NBA experience.

After that, he can sign a seven-year contract for the maximum amount, with a first-year salary equivalent to 30 percent of the salary cap, which could be in excess of $50 million by the 2003-04 season.

The 24-year-old forward announced earlier this month he would stay in San Antonio despite efforts by Orlando to land him.

If the highest salary for players with fewer than seven years' experience is raised to at least $9.5 million as expected, Duncan would make $32.1 million over three years with a 12 1/2 percent annual raise after the first year of the contract, the newspaper said. He would make $45.1 million over four years.

As a result of the impending escrow tax requiring players to return 10 percent of their salaries to the league's owners, Duncan is expected to forfeit $3.6 million over the last three years of the contract.

Duncan and Robinson, who cut short a Hawaiian vacation to come back and persuade Duncan to re-sign, led San Antonio to the NBA title in 1998-99. The Spurs were knocked out of the playoffs in the first round last season while Duncan was out with a knee injury.