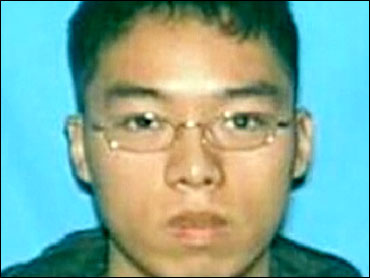 The gunman who killed 32 people at Virginia Tech failed to get the mental health treatment ordered by a judge who declared him an imminent threat to himself and others, a newspaper reported Monday.

Seung-Hui Cho was found "mentally ill and in need of hospitalization" in December 2005, according to court papers. A judge ordered him into involuntary outpatient treatment.

However, neither the court nor community mental health officials followed up on the judge's order, and Cho didn't get the treatment, The Washington Post reported, citing unnamed authorities who have seen Cho's medical files.

Virginia law enforcement, mental health and school officials contacted Monday by The Associated Press would not confirm the story.

"The system doesn't work well," said Tom Diggs, executive director of the Commission on Mental Health Law Reform, which has been studying the state mental health system and will report to the General Assembly next year.

On Dec. 13, 2005, Cho e-mailed a roommate at Virginia Tech in Blacksburg saying that he might as well commit suicide. The roommate called police, who took Cho to the New River Valley Community Services Board, the area's mental health agency.

Cho was detained temporarily at Carilion St. Albans Behavioral Health Clinic in Christiansburg, a few miles from campus, until a special justice could review his case in a commitment hearing.

On Dec. 14, special judge Paul M. Barnett found that Cho was an imminent danger to himself and ordered him into involuntary outpatient treatment. Special justices are lawyers with some expertise and training who are appointed by the jurisdiction's chief judge.

Terry W. Teel, Cho's court-appointed lawyer at the time, said he does not remember Cho or the details of his case. But he said Cho most likely would have been ordered to seek treatment at Virginia Tech's Cook Counseling Center.

The court doesn't follow up because "we have no authority," Teel said.

Virginia law says community services boards "shall recommend a specific course of treatment and programs" for people such as Cho who are ordered to receive outpatient treatment. It also says these boards "shall monitor the person's compliance."

"That's news to us," said Mike Wade of the New River Valley Community Services Board.