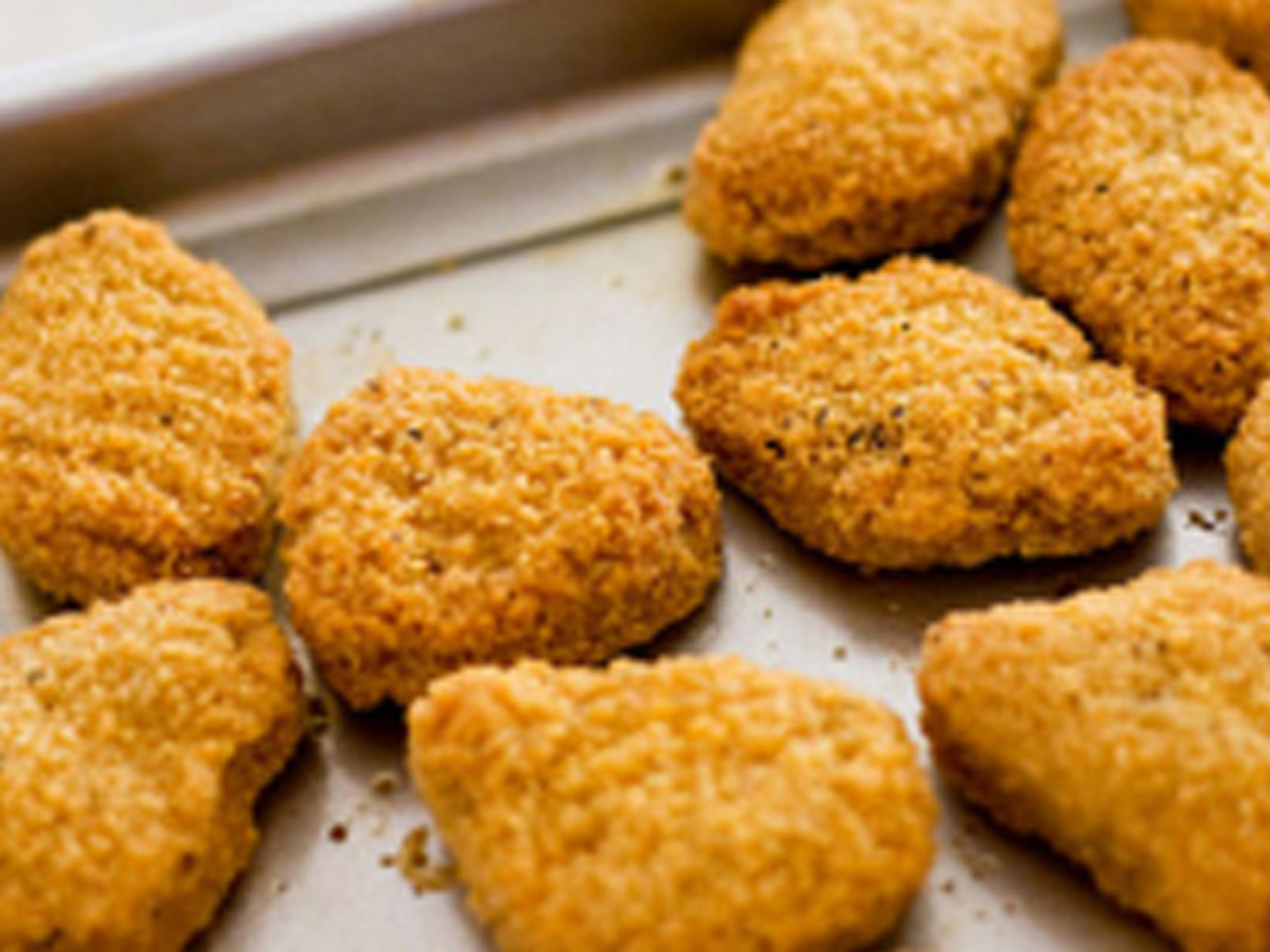 Scientists took a close look at the chicken nugget and discovered what some may have suspected: it's not full of what we might think of as meat.

A study published online in September in the American Journal of Medicine -- cleverly titled "The Autopsy of Chicken Nuggets Reads 'Chicken Little'" - revealed that two nuggets from fast food chains in Jackson, Miss. contained only about half of what we would consider chicken meat.

"We all know white chicken meat to be one of the best sources of lean protein available and encourage our patients to eat it," lead author Dr. Richard D. deShazo of the University of Mississippi Medical Center in Jackson, said to Reuters. "What has happened is that some companies have chosen to use an artificial mixture of chicken parts rather than low-fat chicken white meat, batter it up and fry it and still call it chicken."

For the research, nuggets were preserved, dissected and stained before they were examined under a microscope.

Nugget number one was about 50 percent muscle tissue such as from the breast or thigh, which is what most people think of when they think of chicken meat. The rest of it was made from fat, blood vessels and nerves, specifically the cells that line the skin and internal organs of the chicken.

Nugget number two was 40 percent muscle. The rest was fat, cartilage and bone.

DeShazo said the study shows chicken nuggets are actually chicken by-product consisting of mostly salt, sugar and fat -- and a ton of calories. What's worse, he said, is that they are marketed to kids, especially because they are tasty and relatively cheap. He said if his grandchildren asks for nuggets, he compromises by pan frying some chicken breasts with a little bit of oil.

The researchers are remaining mum on which chains the chicken came from.

National Chicken Council (NCC), a non-profit trade group representing the U.S. chicken industry, told Reuters that chicken nuggets are a great source of protein and pointed out that the study only looked at two chicken nuggets. If consumers want to know how much of what component is in their nugget, most companies either post the nutritional information in the restaurant or on the packaging.

DeShazo admitted that the sample size was rather small and that some other companies have changed their formula to use only white meat in their nuggets.