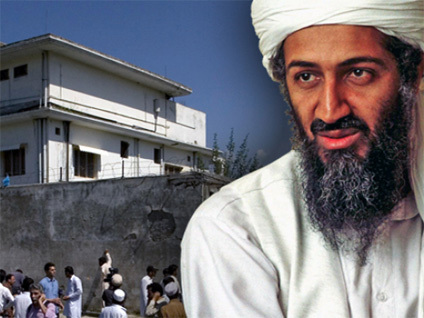 Before his death, Osama bin Laden wanted to kill President Obama in part because he thought Vice President Joe Biden was "unprepared" to serve as president, according to newly declassified documents first reviewed by the Washington Post.

The al Qaeda leader explained the rationale for targeting aircraft carrying Mr. Obama and General David Petraeus in documents taken from bin Laden's Pakistani compound the night he was killed by U.S. forces in May, 2011. The Washington Post on Friday reported on details from the documents, which will soon be made public.

"The reason for concentrating on them," bin Laden explained in one document, "is that Obama is the head of infidelity and killing him automatically will make [Vice President] Biden take over the presidency... Biden is totally unprepared for that post, which will lead the U.S. into a crisis. As for Petraeus, he is the man of the hour ... and killing him would alter the war's path" in Afghanistan."

A U.S. official confirms to CBS News that the details of the Washington Post's reporting are correct. The official stressed that while the documents reveal bin Laden's aspirations as a terrorist leader, they were far from becoming reality -- a point underscored by the Post as well.

The documents also reportedly reveal bin Laden's concern over al Qaeda's image among Muslims. He told his top lieutenant to warn regional leaders to avoid "unnecessary civilian casualties" in Muslim countries, arguing such mistakes resulted in "the alienation of most of the nation [of Islam] from the [Mujaheddin]."

Bin Laden also reportedly argued in favor of changing his organization's name. The al Qaeda brand, he explained, was tarnished since Obama administration officials "have largely stopped using the phrase 'the war on terror' in the context of not wanting to provoke Muslims," and instead spoke of targeting al Qaeda.

Judge lets Cuomo keep $5M he got to write book during pandemic, for now
Stephanie Condon