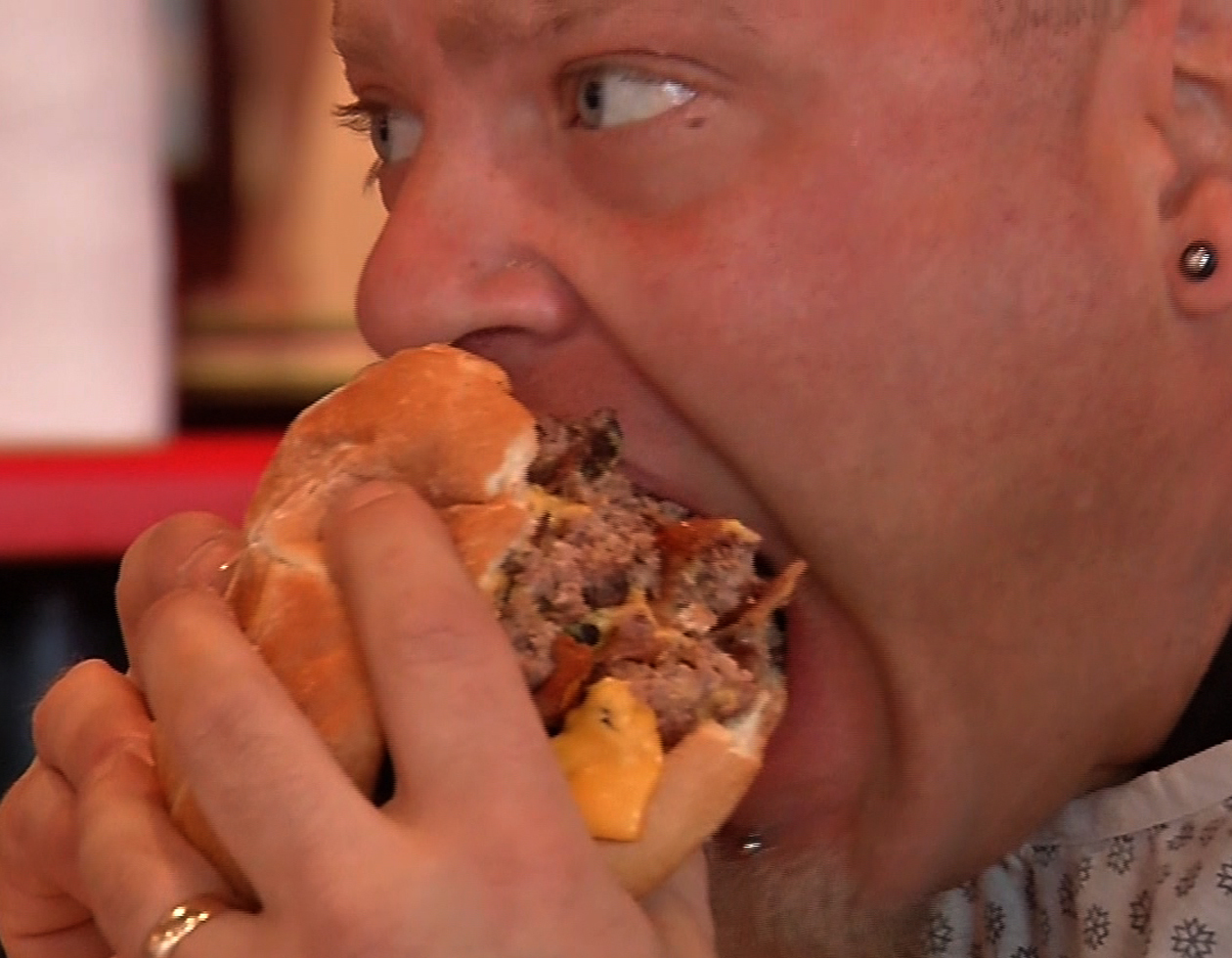 (CBS News) Another patron of the Heart Attack Grill has reportedly fallen ill during a meal at the hospital-themed Las Vegas restaurant.

CBS affiliate KLAS-TV Las Vegas reports that a woman is recovering after collapsing unconscious and suffering a possible heart attack at the restaurant that serves up fatty fare.

Restaurant owner "Dr. Jon" Basso told KLAS-TV the woman was "doing everything society tells you not to do" Saturday night at the restaurant, including eating high-calorie foods, drinking alcohol and smoking cigarettes.  Her current condition or cause of the medical episode was not immediately known but Basso said the woman is expected to recover.

If the incident sounds familiar, in February a man suffered a heart attack and had to be taken out in a stretcher while eating the restaurant's 6000-calorie "Triple Bypass Burger."

At the time, the restaurant offered free eating to people who weigh more than 350 pounds and justified that with a tongue-in-cheek mission statement: "Doctors agree that continually cycling body weight up and down is one of the very worst things a person can do to themselves. That's why our program is focused upon keeping your weight in an extremely stable, gradual, and constant upward slope."

Other fatty foods served up by the restaurant include "flatliner fries" or a four-patty quadruple "bypass burger" you can add 20 strips of bacon to for a small fee.

Following the February heart attack - which some restaurant patrons thought was an act, snapping pictures with their cell phones - Basso told CBS This Morninghe's just honest about serving unhealthy food.

"Who doesn't want to risk a little danger every once in a while," Basso told CBS This Morning. "If I can put danger back into hamburgers, all the better."

But commenting on the February case, Dr. Sohail Anjum, a cardiologist at the Sunrise Hospital and Medical Center in Las Vegas, said, "I don't think hamburger bite or eating a whole hamburger can give you a heart attack."