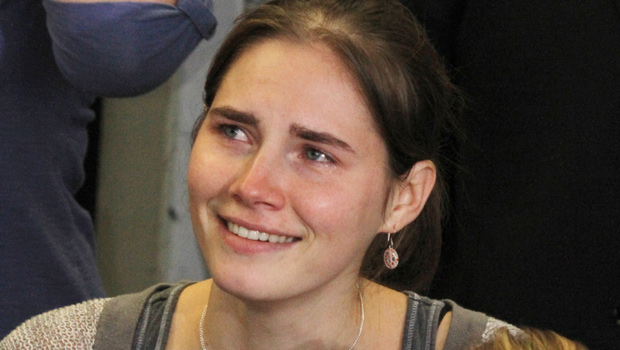 (CBS/AP) NEW YORK - Amanda Knox, the American student who served four years in an Italian prison for the 2007 murder of her roommate and was cleared of the crime last October, has signed a book deal with HarperCollins.

An official with knowledge of the deal told the Associated Press that Knox will receive $4 million for what a HarperCollins statement called "a full and unflinching account of the events that led to her arrest in Perugia and her struggles with the complexities of the Italian judicial system."

The 24-year-old Seattle resident has not publicly discussed her ordeal beyond a brief expression of gratitude upon her release last year. The book is currently untitled and is tentatively scheduled for release in early 2013.

"Aided by journals she kept during her imprisonment, Knox will talk about her harrowing experience at the hands of the Italian police and later prison guards and inmates. She will reveal never-before-told details surrounding her case, and describe how she used her inner strength and strong family ties to cope with the most challenging time of her young life," said the publisher's statement.

HarperCollins publisher Jonathan Burnham said that Knox, who studied creative writing, would work with a collaborator. Her editor will be Claire Wachtel, whose other authors have included crime novelist Dennis Lehane, journalist Cokie Roberts and U.S. Sen. Kay Bailey Hutchison of Texas.

"Claire has a great track record of working with high-profile figures," Burnham said. "She's a very sensitive, responsive editor who I think can work with someone like Amanda, who's new to the experience."

Some 20 publishers were interested in the book and Knox met with seven, all of whom submitted bids during a recent auction.

Publishers in recent years have shied away from controversial defendants since the fiasco of O.J. Simpson's "If I Did It," the fictionalized account of Nicole Brown Simpson's murder that was canceled in 2006 by HarperCollins in response to public outrage. After Casey Anthony was found not guilty last year in the death of her 2-year-old daughter, Caylee, several publishers said they would not even consider a book by her.

"The experience of actually sitting down in a room and talking for an hour, an hour and a half with Amanda made me realize this was a very mature, intelligent woman who had been through an extraordinary experience," Burnham said.

"She'll write a very thoughtful, reflective and serious book about what happened. And that moves this book away from the world of tabloids, the lurid side, to something more compelling and, in a way, more longstanding."

But Knox's legal issues are not over. Earlier this week, Italian prosecutors asked the country's highest criminal court to reinstate the murder convictions of Knox and her former boyfriend, Raffaele Sollecito. Prosecutor Giovanni Galati said he is "very convinced" that Sollecito and Knox were responsible for the Nov. 1, 2007, stabbing death of Meredith Kercher, a 21-year-old British student.

Kercher was found in a pool of blood. The appeals court in October said the guilty verdicts against the pair were not corroborated by any evidence, and that the court hadn't proven they were in the house when Kercher was killed.

A third defendant, Ivory Coast-born Rudy Guede, was convicted in a separate trial of sexually assaulting and stabbing Kercher. His 16-year sentence, reduced in appeal from an initial 30 years, was upheld by Italy's highest court in 2010.