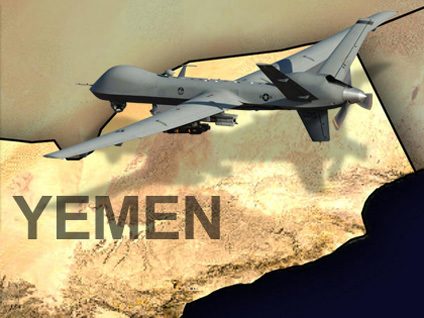 WASHINGTON - Al Qaeda in Yemen has taken a hit with the loss of US-born al Qaeda preacher Anwar al-Awlaki, but the leaders left behind are equally committed to attacking the U.S. mainland, and far more skilled than al-Awlaki, according to a new report by a top Army counterterrorism center.

Chief among them is terror chief Nasir al-Wahayshi, who used to work for Osama bin Laden in Afghanistan, as well as top bomb maker Ibrahim Asiri, according to the report released Monday by the U.S. Military Academy's Combating Terrorism Center.

Yet that strength also could spell the group's end, with a few more well-placed drone strikes or Yemeni counterterror raids. Al Qaeda in the Arabian Peninsula's "reliance on this capable leadership is simultaneously the group's central vulnerability," said study editor Gabriel Koehler-Derrick.

"Removing these leaders from the battlefield ... would rapidly bring about the group's defeat," according to the study, which took a year of fieldwork inside Yemen, well before the strike that killed al-Awlaki and fellow U.S.-born propagandist Samir Khan. The strike by CIA drones occurred Friday with Yemeni permission, in concert with U.S. military counterterrorist forces.

Al-Wahayshi was in charge when the group launched its first official attack, the dual suicide bombing of U.S. oil facilities in Yemen in 2006.

Another major figure still at large is military leader Qasim al-Rimi, who the State Department said played a crucial role in reviving the al-Qa'ida as terrorist powerhouse in Yemen in 2007.

Audio statements by both al-Wahayshi and al-Rimi "demonstrate unequivocal calls for jihad and attacks against the U.S." but have received less attention because they are in Arabic, Koehler-Derrick said.

In addition to targeting those leaders, the study's authors argue the Yemeni government can help defeat the group by cutting deals with a growing list of local opponents. Since unrest started in Yemen as part of the cascade of revolts known as the Arab Spring, al Qaeda's recent military campaign to seize and hold territory inside Yemen has won it many new enemies, the study authors assert.

Bin Laden's successor Ayman al-Zawahiri has backed seizing territory in Yemen to start down the road of establishing an Islamic caliphate, according to a senior intelligence official who spoke on condition of anonymity to discuss classified matters.

But that has woken two sleeping giants: the Yemeni government and the country's powerful tribes.

Before al Qaeda attacked the regime of President Ali Abdullah Saleh, there was an unwritten understanding that the government would largely leave al Qaeda alone as long as it left the Saleh's government in peace, according to two U.S. counterterrorism officials. They spoke anonymously to discuss a sensitive policy clash with the Yemeni government that frustrated the Americans because it meant there were certain parts of Yemeni territory where the U.S. was unable to operate.

The Yemeni government started allowing the U.S. a freer hand after al Qaeda attempted to send explosive devices hidden in printer cartridges aboard U.S.-bound cargo planes last year, but only "allowed the U.S. to take the gloves off" once al Qaeda joined in the uprising and started seizing large swaths of Abyan province, one of the officials said.

That is when the Yemeni government started sharing much more intelligence with U.S. counterterror officials and allowed them to increase the presence of CIA officers and military advisers inside the country, working alongside Yemeni forces.

The Yemenis still do not allow the U.S. to fly armed drones and spy planes from Yemeni territory, instead forcing them to fly from a secret CIA base in a nearby country, as well as bases in Djibouti and a temporary post in the Seychelles. But Yemen has allowed the U.S. to increase the number of flights and the territory they cover, even suggesting occasional targets which may or may not be al Qaeda-related — so much so that the U.S. has had to guard against the Saleh government employing U.S. firepower against other internal rivals to stay in power, the two U.S. officials said.

As for Yemen's tribes, al Qaeda has "utterly failed" at winning them over, Koehler-Derrick said. "None of its prominent leaders are tribesmen, and it enjoys no formal alliance with Yemen's tribes," he said.

And in the power struggle among Yemeni tribes and opposition political parties, al Qaeda falls to the bottom of the heap in terms of public popularity, Koehler-Derrick added.

If the Yemeni government cuts deals with its opponents, as Saleh has done in the past, they would form a majority that would overwhelm al Qaeda, the report suggests. That also would undermine al Qaeda's message that change comes only through jihad, a religious struggle. Instead, as in the revolutions in Tunisia, Egypt and Libya, it would signal that change can come through a far more secular form of revolution.