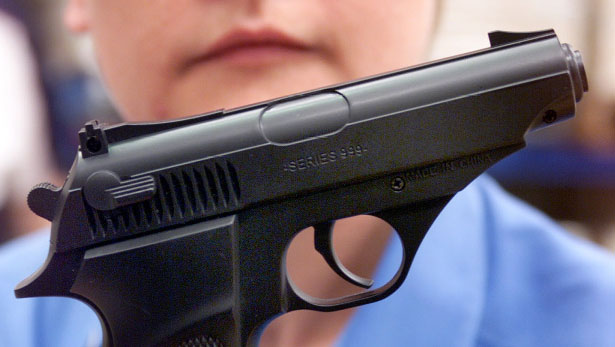 WASHINGTON — Police across the country have shot and killed dozens of people carrying realistic-looking toy guns and replica weapons in the last two years, according to a study by The Washington Post.

The figures, which show 43 people shot while carrying fake guns in 2016, as well as the same number in 2015, are based on data compiled by the paper as part of its national database of fatal police-involved shootings. Four of those killed were under the age of 17, and seven were over the age of 55.

Of those killed, all but five were men, 54 were white, 19 were black and 11 were Hispanic.

Thirty-eight of those killed suffered from mental illness, according to family accounts and police reports, and 53 were carrying pneumatic BB or pellet guns.

“Thirteen (guns) were replicas, two were toys, one was a starter pistol and one was a lighter,” the newspaper reports.

Overall, 2,000 people have been shot and killed by police since 2015, according to data analyzed by the paper.

The newspaper says the report, which was done in conjunction with journalism students from American University, is the first such study since Congress examined the issue more than 25 years ago.

Efforts to mandate that the realistic appearance of some of the guns be altered have been stymied from gunmakers and gun rights groups such as the National Rifle Association, the paper reports.