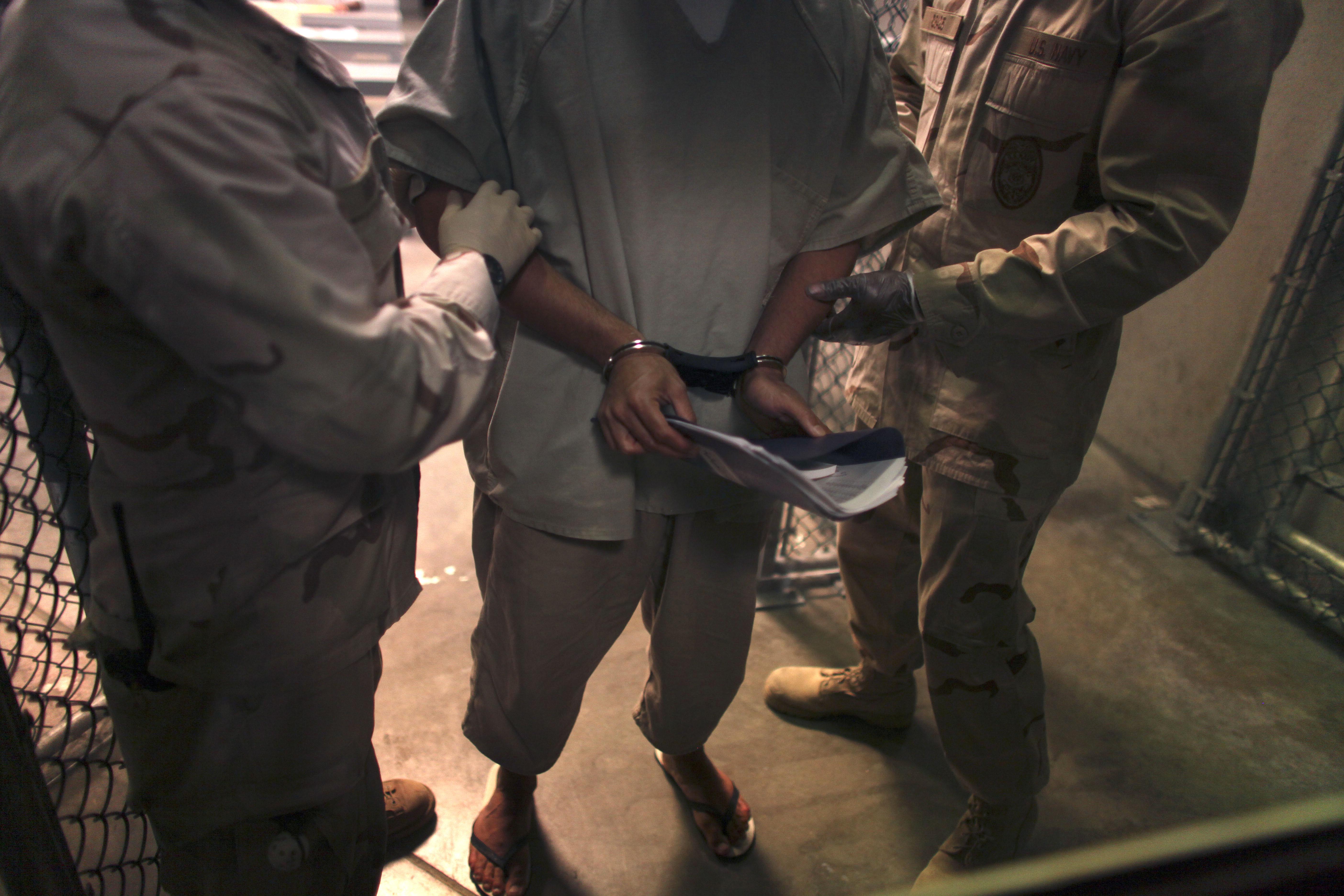 In a new report, the intelligence office says just under 16 percent of detainees released — 95 out of 600 — were confirmed to re-offend. Some 12 percent more — about 72 detainees — are suspected of having rejoined terror groups, and are being watched. It was the first time the Director of National Intelligence provided that level of detail, Pentagon spokesman Todd Breasseale said.

A Republican congressional report in February added those two figures together, coming up with a much more dramatic rate of 27 percent of the roughly 600 detainees released returning to the battlefield.

The Republicans on a House Armed Services subcommittee cited Pentagon figures, because that was what was available at the time, Breasseale said.

This new report says that while the Pentagon has found what it considers clear proof that some detainees reunited with al Qaeda or other terror groups, an almost equal number are on a de factor watch list, their behavior and who the associate with being tracked at almost all times. Breasseale would not say how the detainees are being monitored.

The intelligence report does warn that detainees released to countries that are unstable are more likely to re-offend, an apparent reference to those released in Yemen. It also warns that if additional detainees out of the 171 left are released "without conditions...some will re-engage in terrorist or insurgent activity." The report does not go into what conditions are needed to keep a watch on the suspects or on a statistical basis how likely the detainees are to re-offend.