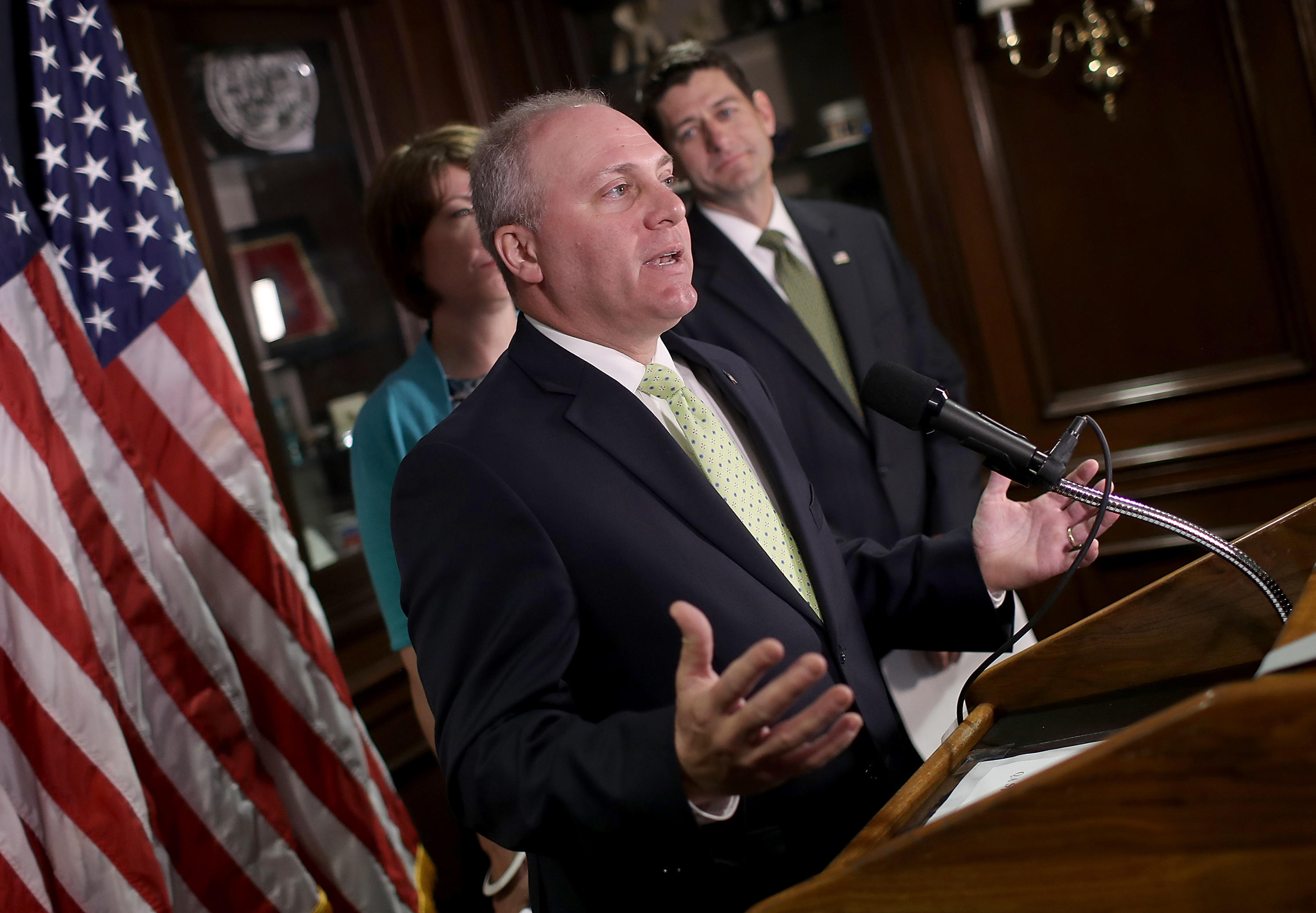 In a statement released on Monday, McHenry said the two-day blood drive will be held in the Rayburn House Office Building in honor of Scalise, "US Capitol Police Special Agent Crystal Griner, Matt Mika, and all the victims of Wednesday's attack."

The second day for donations will be held on Thursday.

Vice President Mike Pence stopped by the drive to donate blood while on Capitol Hill on Tuesday, where he also got updates on Scalise's condition. Pence's press secretary tweeted out of photo of the Vice President giving blood.

Scalise remains in serious condition at Medstar Washington Hospital Center after undergoing several surgeries for a gunshot wound to the hip sustained during the shooting.

Doctors said Friday the bullet entered at his hip and traveled across his body, causing severe damage to internal organs. He suffered massive blood loss and was at "imminent risk of death" upon arriving at the hospital Wednesday.

Doctors say Scalise continues to show signs of improvement and recently tweeted out a message of thanks for "continued prayers, support and outpouring of love" on Sunday, marking Father's Day.

The gunman, James T. Hodgkinson, 66, was an unemployed home inspector who volunteered for Bernie Sanders' presidential campaign and had a history of animus toward President Donald Trump and other Republicans.