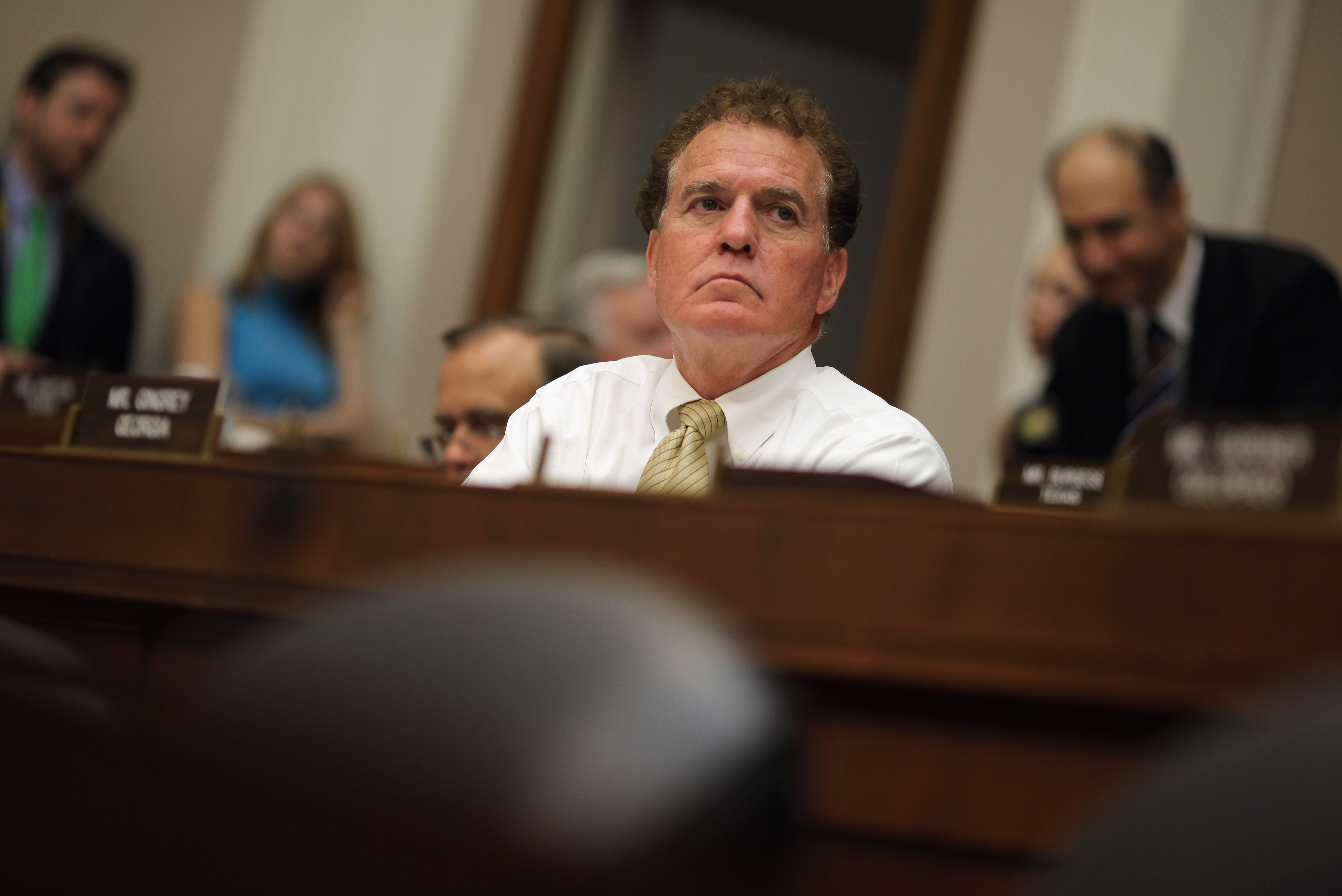 The 2012 election is over, but the debate over "legitimate rape" lives on: Rep. Phil Gingrey, R-Ga., yesterday waded into the debate that may well have cost two Republican Senate candidates their elections, according to the Marietta Daily Journal.

Speaking Thursday at the Smyrna Area Council of the Cobb Chamber of Commerce breakfast, Gingrey argued that former Rep. Todd Akin, R-Mo. -- whose bid for Missouri Senate was effectively derailed after he suggested that only some rapes are "legitimate" and that the female body is capable of preventing pregnancy among those that are -- was "partly right" in his assessment.

He also defended Akin's use of the term "legitimate" rape, arguing that the alternative is when "a scared-to-death" teenage woman lies to her parents about being raped because she's afraid to tell her parents she had sex with her boyfriend.

"In Missouri, Todd Akin ... was asked by a local news source about rape and he said, 'Look, in a legitimate rape situation' -- and what he meant by legitimate rape was just look, someone can say I was raped: A scared-to-death 15-year-old that becomes impregnated by her boyfriend and then has to tell her parents, that's pretty tough and might on some occasion say, 'Hey, I was raped.' That's what he meant when he said legitimate rape versus non-legitimate rape," Gingrey said. "I don't find anything so horrible about that."

In his original remarks last August, Akin was widely rebuked by both Republicans and Democrats after he suggested that if a "legitimate rape" occurs, "the female body has ways to try to shut that whole thing down." Akin ultimately apologized, and after his comments were roundly debunked, acknowledged that rapes can in fact cause pregnancy.

Gingrey, who formerly had his own pro-life OB-GYN practice, continues to argue that Akin was at least "partly right."

"He went on and said that in a situation of rape, of a legitimate rape, a woman's body has a way of shutting down so the pregnancy would not occur. He's partly right on that," Gingrey said. "I've delivered lots of babies, and I know about these things. It is true. We tell infertile couples all the time that are having trouble conceiving because of the woman not ovulating, 'Just relax. Drink a glass of wine. And don't be so tense and uptight because all that adrenaline can cause you not to ovulate.' So he was partially right wasn't he? But the fact that a woman may have already ovulated 12 hours before she is raped, you're not going to prevent a pregnancy there by a woman's body shutting anything down because the horse has already left the barn, so to speak. And yet the media took that and tore it apart."

Gingrey also defended Richard Mourdock, a Republican who also lost a Senate bid in Indiana after arguing during the campaign that pregnancies resulting from rape are "something that God intended to happen," despite the "horrible situation" from which they derived.

"Part of the reason the Dems still control the Senate is because of comments made in Missouri by Todd Akin and Indiana by Mourdock were considered a little bit over the top," Gingrey said. "Mourdock basically said 'Look, if there is conception in the aftermath of a rape, that's still a child, and it's a child of God, essentially.' Now, in Indiana, that cost him the election."

In a statement, Planned Parenthood Action Fund President Cecile Richards criticized Gingrey's comments as "ignorant and offensive," and "yet another reminder that some politicians would rather demean and dismiss women than focus on what they were elected to do - fix the economy and create jobs."

"Americans sent a clear message in November that they want legislators to protect women's health and ensure that women can make their own personal medical decisions," she said. "Women don't turn to politicians for advice about mammograms, prenatal care, or cancer treatments, and they don't want politicians involved in their personal health care decisions."