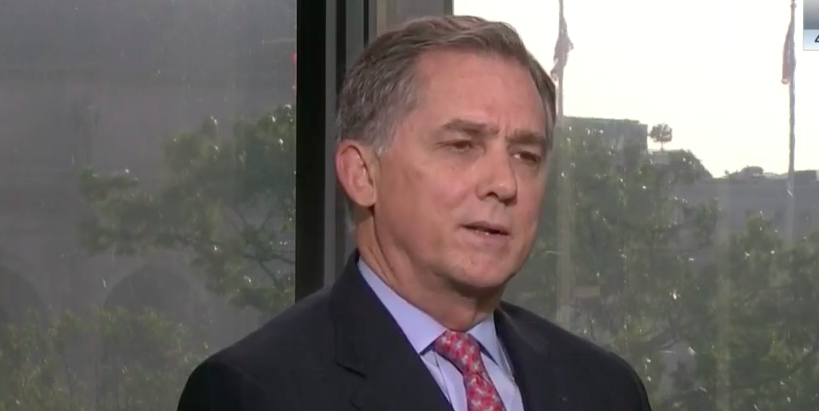 Rep. French Hill of Arkansas is condemning a radio ad released on his behalf in which two women, portrayed as black women who support Hill and other Republicans, suggest Democrats would be "lynchin' black folk again" if they're voted into office.

The ad invokes the contentious Brett Kavanaugh nomination process, suggesting Democrats want to change the "presumption of innocence to a presumption of guilt," and their husbands, fathers and sons would be in danger. The ad, which says it was not endorsed by any candidate or candidate's committee, was paid for by the group Black Americans for the President's Agenda.

"I condemn this outrageous ad in the strongest terms. There's no place in Arkansas for this nonsense," Hill said in a statement provided to CBS News.

The ad, posted to Twitter this week, sparked shock and outrage online. And French's Democratic opponent seized on the ad, calling it "disgraceful."

"Rep. Hill & his allies will have to live with the kind of campaign they're running," Rep. Clarke Tucker said in a tweet. "This radio ad is disgraceful & has no place in our society. We won't let these shameful tactics distract us from our fight to stand up for the people in #AR02 on the critical issues in our lives."

The text of the ad is as follows:

Woman #1: "What do you think about what's happening in Washington?

Woman #2: "Our congressman French Hill and the Republicans know that it's dangerous to change the presumption of innocence to a presumption of guilt. Especially for black men. If the Democrats can do that to a white justice of the supreme court with no evidence, no corroboration, and all of her witnesses including her best friend say it didn't happen? What will happen to our husbands, our fathers, or our sons when a white girl lies on them?

Woman #2: "Honey I've always told my son, don't be messing around with that. If you get caught, she will cry rape."

Woman #1: "I'm voting to keep Congressman French Hill and the Republicans because we have to protect our men and boys. We can't afford to let white Democrats take us back to bad old days of race verdicts, life sentences and lynchins' when a white girl screams rape."

French was first elected to Congress in 2014.