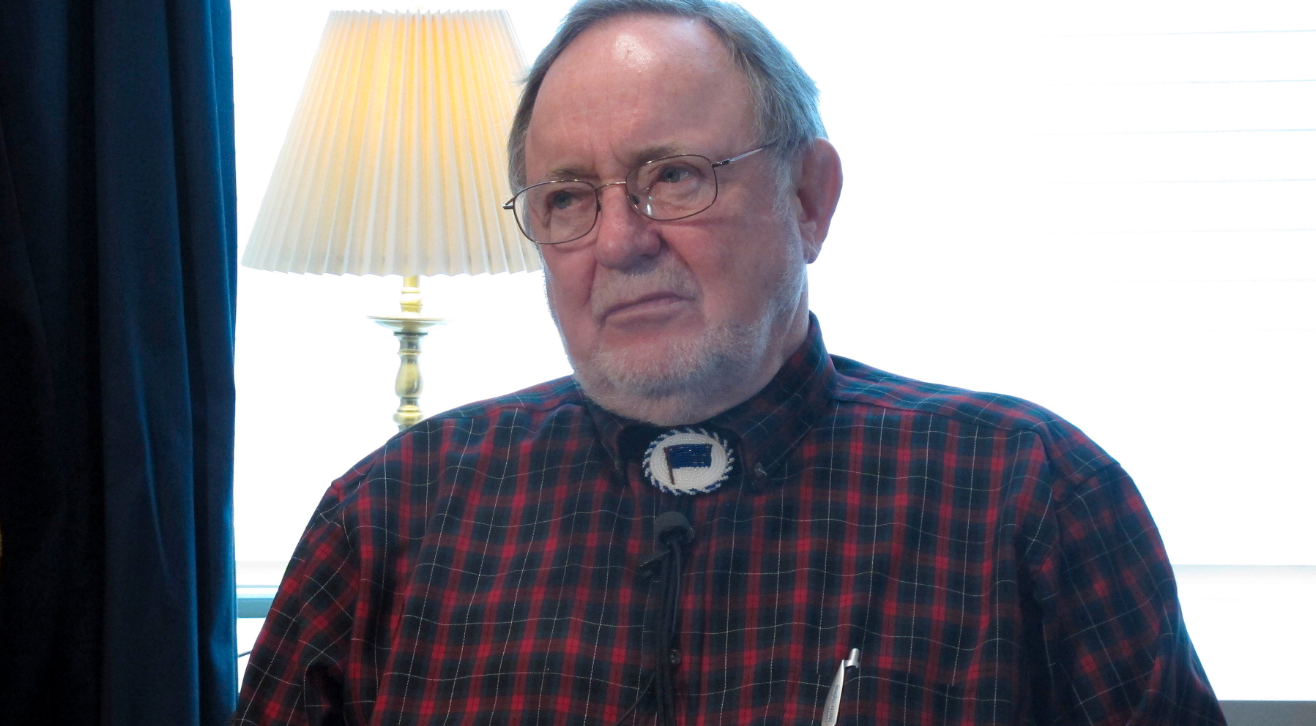 Longtime Alaska Rep. Don Young's reputation for irascibility was on full display during an appearance at Wasilla High School on Tuesday, when the Republican congressman offered some thoughts on suicide and same-sex marriage that students and faculty members at the school deemed offensive.

Young, 81, spoke in the school's theatre for fifteen minutes before taking questions for 45 minutes, according to Alaska Dispatch News. The session began normally enough, but it veered off course when a teacher asked Young for his thoughts on suicide just days after a student at the high school took his own life.

Young, according to Wasilla Principal Amy Spargo, mentioned alcohol and depression as factors in many suicides, but he added that a lack of support from friends and family is sometimes to blame.

The remark was not well received.

Spargo said a friend of the young man who killed himself shouted at the congressman, "He had friends. He had support."

When the friend of the victim emphasized the role of depression and mental illness, Spargo recalled, Young retorted, "Well, what, do you just go to the doctor and get diagnosed with suicide?"

During the exchange, several audience members told the Dispatch News, Young referred to the young man as an "asshole" or a "smartass." When Young later asked Spargo about the young man who challenged him, the principal said, the congressman remarked, "That boy needs to learn some respect."

In an email to the Dispatch News, Young's spokesman defended his boss, allowing that the appearance "at times included strong language," but adding, "Congressman Young was very serious and forthright when discussing the issue of suicide, in part because of the high number of tragedies that affect Alaskan youth."

The statement also mentioned Young's "frustration with one particular student who deprived their fellow classmates by talking throughout the presentation."

"In no way did Congressman Young mean to upset anyone with his well-intentioned message," said the spokesman, Matt Shuckerow. He did concede, however, that "in light of the tragic events affecting the Wasilla High School community, he should have taken a much more sensitive approach."

Audience members were also taken aback by the coarseness of some of Young's stories, which were peppered with obscenities and included a recollection of a trip to Paris to get drunk, according to the Dispatch News.

And the congressman shocked some of the students when he was asked about why he opposes same-sex marriage and he compared it to bull-sex.

"You can't have marriage with two men," Young said, according to Spargo. "What do you get with two bulls?"

Young "then said something about 'bullshazzle' or some word resembling the more familiar obscenity," according to the Dispatch News, prompting the school's faculty to shut down the circus.

"At that point I was heading for the microphone," Spargo said. "It was time to be done."

It was, in all, a chaotic appearance by the man who has been Alaska's lone voice in the U.S. House of Representatives for over 40 years. But it may have also been a teachable moment for the young people who were present.

"We really spend a lot of time at our school talking about how we treat each other," said Spargo. "We just don't talk to people that way."

"The last guy who touched me ended up on the ground dead," Young warned Dunbar, the Democrat told the Dispatch News.