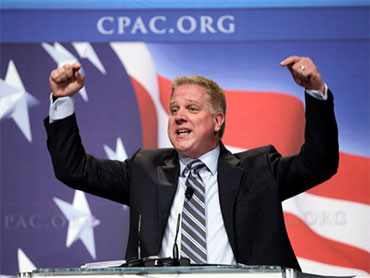 Goldline is associated with talk radio and Fox News host Glenn Beck, who has often mentioned it on his Fox show and radio program. Goldline is also sponsor of the radio show.

Weiner accused Beck and other conservative spokespeople (among them Mark Levin and Fred Thompson) of using "their shows to prey on the public's fears of inflation and socialist takeovers while actively promoting the purchase of gold coins as insurance against this purported government overreach."

"Simply put, Goldline is little more than a gold peddler posing as an investment advisor, an unfortunate byproduct of the Tea Party movement," Weiner's office said.

Weiner has released a report detailing what he calls Beck and Goldline's use of "tall tales about the future of gold" to sell gold coins. In it, he says Goldline "grossly overcharges" for coins and "formed an unholy alliance with conservative pundits to drive a false narrative" that they are a good investment.

On his radio show today, Beck said he "loves" Goldline and added that "this is again another arm of this administration coming out to try to shut me down." He evoked McCarthyism and suggested Weiner's charges are baseless.

Goldline is one of many gold sellers who have advertised on Beck's Fox show, though it is currently the exclusive gold sponsor. Beck has suggested that gold could offer protection in the event of "the end of the almighty dollar."

Weiner, who is on the House Subcommittee on Commerce, Trade and Consumer Protection, says Beck "should be ashamed of himself." He has written letters to the SEC and FTC asking them to investigate Goldline and is proposing legislation to force the company to "fully disclose their dishonest business practices" by showing consumers "their astronomical markups, and deceitful promises of profitability."

"It feels like it's politically motivated in that neither the Congressman nor anybody from his office ever contacted executives form the company to really ask the important questions that they need to ask to understand this business," he said.

Correction: An earlier version of this post said Glenn Beck was a paid spokesman for Goldline. While Beck in the past has been listed as a paid spokesman on Goldline's website, the Goldline site was later clarified to note that the company was only a sponsor for his radio program.