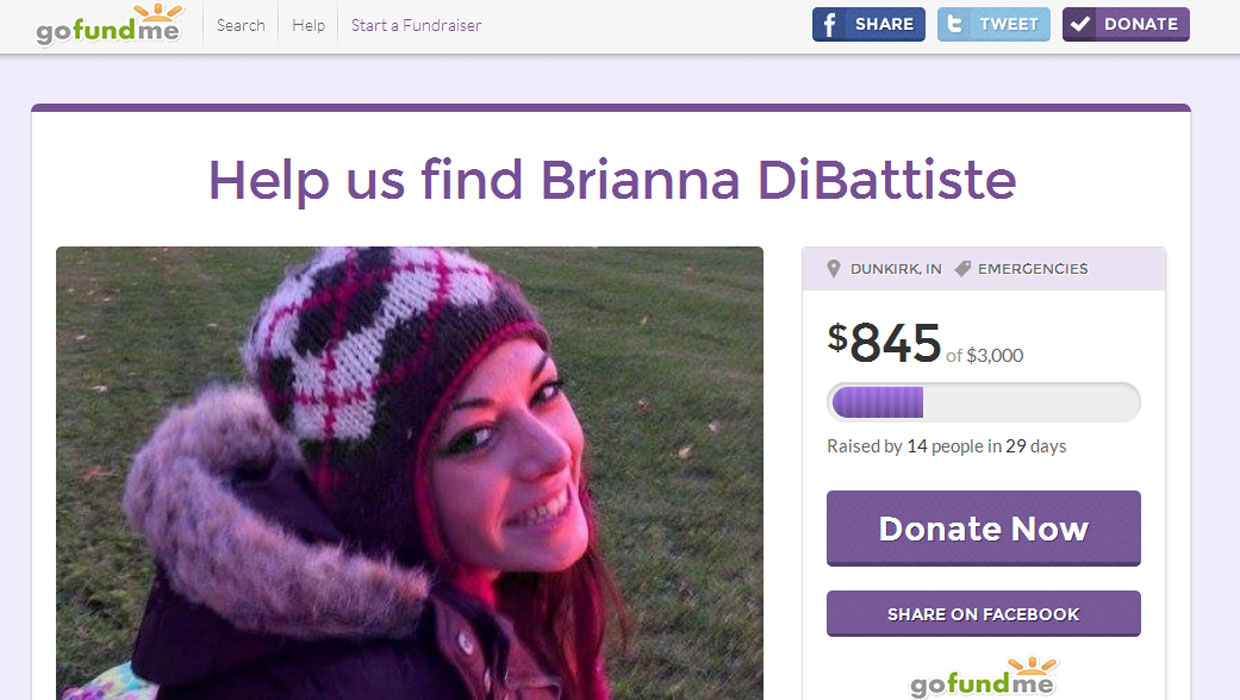 On Wednesday, officers taped off an area near downtown Muncie and spent hours at a home there, reports the station. They confirmed to WISH the search was related to Brianna DiBattiste, a 25-year-old woman last seen June 16.

Muncie, a town about 60 miles outside of Indianapolis, is about 20 miles southwest of DiBattiste's home in Dunkirk.

The search for DiBattiste has spanned several locations in East Central Indiana and Ohio, reports the Star Press. Police have followed up on several reported sightings and leads, but so far, none have panned out.

DiBattiste was known to use heroin and knew people connected to the drug trade, reports the paper, and officers have checked motels and homes known to be frequented by drug users and sellers.

Police haven't said whether they think foul play could be involved in her disappearance.

DiBattiste's family has offered a $5,000 reward and launched a "Finding Brianna" Facebook page, reports the paper. Police and family said DiBattiste took no clothing or possessions with her when she vanished, and that she hasn't used her cell phone since June 16, the evening her mother last saw her at a Dunkirk convenience store.

According to a GoFundMe site organized to aid in the search efforts, DiBattiste is described as 5 feet, 4 inches tall and 110 pounds. She has long brown hair and hazel eyes and several tattoos, including "Torn" on her upper right arm, "What goes around comes around" on her upper left arm, "Love" on her lower left arm, "DiBattiste" across her shoulder blades and a tribal tattoo on her lower back.

Anyone with information about DiBattiste's whereabouts is urged to call the Albany, Indiana police department at 765-789-6151.