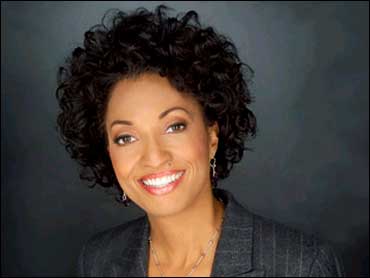 She will be pursuing other media opportunities, including the publication of her first book, "Good Enough Mother," due to be published in March 2007.

"I've had an extraordinary run here at The Early Show, said Syler in a statement. "I've been able to make a difference in millions of women's lives by talking about everything from breast cancer awareness to hormone replacement therapy to diet do's and don'ts."

"I've had the opportunity to trace my ancestral roots, go to space camp with my son and swim with whales in Florida. I've even been able to teach Bobby Flay a thing or two about tacos. I'm now on to the next chapter in my life... literally," said Syler. "My book will be published in March, and I'll be off on a book tour across the U.S., where I very much look forward to meeting in person all the people I've woken up with for the last four years."

She has been an anchor of The Early Show since October 2002, when it debuted in its current four-anchor format.

Syler is a recipient of the 2004 Gracie Allen Award for Individual Achievement, in the National Best Anchor category, for her series on breast cancer.

The American Women in Radio and Television also awarded her Television Personality of the Year in 1997.

Syler was born at Scott AFB, Ill., and grew up in Sacramento, Calif. She was graduated from California State University at Sacramento in 1987 with a degree in psychology.

Syler and her husband have two children.