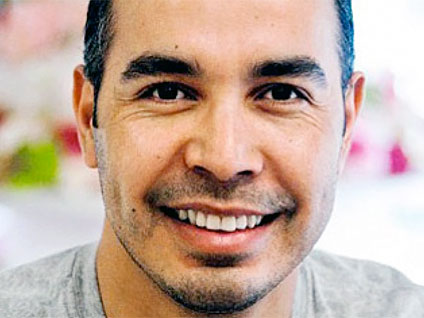 Gonzalez, 34, of East Hanover, was sentenced Wednesday after a judge refused his request to withdraw the guilty pleas he made in June to two counts of aggravated sexual assault. He also must register as a sex offender.

In seeking to withdraw his pleas, Gonzalez admitted he was guilty of some illicit acts. But he claimed his former lawyer pressured him into admitting certain acts he didn't do.

According to an arrest affidavit obtained by The New Jersey Star-Ledger, Gonzalez was arrested in Aug. 2010 after detectives met with two witnesses who claim Gonzalez admitted to them committing multiple assaults on the teen.

The two witnesses claim the assaults occurred in March in East Hanover and Florham Park.

The TLC show "Cake Boss" focuses on Buddy Valastro as he manages his bakery business in Hoboken, NJ, along with his big Italian family, who run the shop with him. Gonzalez has appeared on the show as a cake decorator.

Morris County prosecutors say Gonzalez will likely be deported to Mexico once he's freed from prison.

Fugitive who allegedly killed couple over barking dog is arrested
Thanks for reading CBS NEWS.
Create your free account or log in
for more features.
View CBS News In
CBS News App Open
Chrome Safari Continue
Be the first to know
Get browser notifications for breaking news, live events, and exclusive reporting.