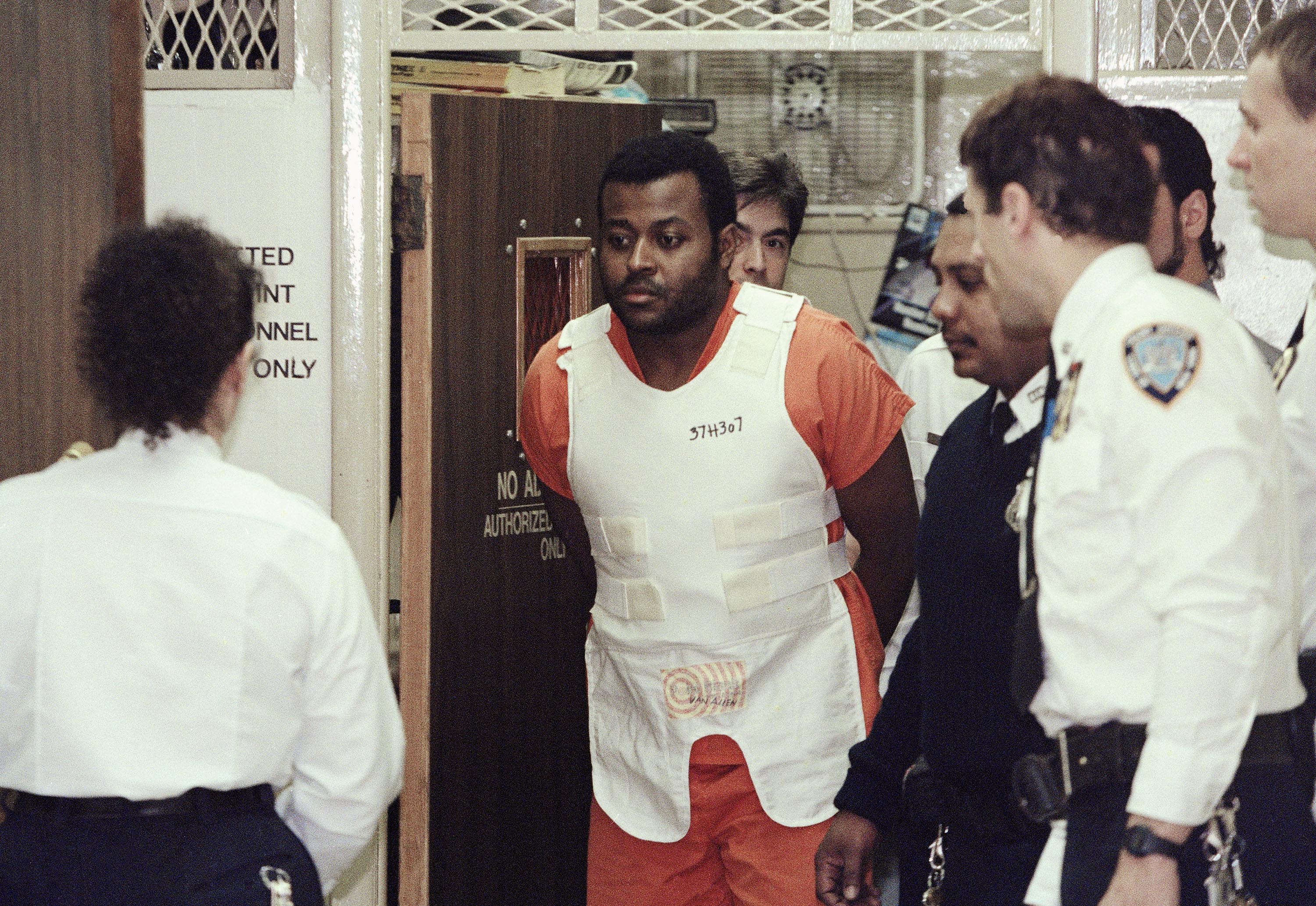 MINEOLA, N.Y. - Before Columbine, Virginia Tech, Aurora and Newtown, there was the Long Island Rail Road.

On Dec. 7, 1993, a gunman opened fire on a train car filled with commuters leaving New York City. By the time passengers tackled Colin Ferguson, his fusillade had left six people dead and 19 wounded.

Though other massacres have far superseded it in terms of casualties, there are aspects of the railcar shooting that, even two decades later, make it stand out in the sad pantheon of rampages that have horrified the nation.

"In a mall or a school or a movie theater, there is at least some opportunity for hiding or escaping," said James Alan Fox, a criminology professor at Northeastern University in Boston. "These people had nowhere to go."

And then there was the trial. Ferguson defended himself in court, cross-examining the very people he terrorized.

Ferguson, who boarded the train in Queens, claimed that he waited to open fire until the train crossed over the New York City border out of respect for David Dinkins, the mayor at the time. He fired methodically over several minutes, reloading at least once, before the train arrived at the next station, where terrified survivors ran screaming from the exits.

Twenty years on, The Associated Press conducted a series of interviews with those whose lives changed.

People still ask Lisa Combatti about her baby, who is now 19-years-old.

Combatti was 7½ months pregnant when she was shot in the hip, but she went on to give birth to a healthy daughter two months later.

"The baby is in her second year of college," Combatti proclaimed in a telephone interview from her home a block from the Merillon Avenue station in Garden City, where Ferguson's carnage ended. "I was one of the very fortunate individuals, because after the shooting I really had something to focus on, and that was her."

Kimberly Combatti, now an education-psychology major at Bucknell University, said she learned of her place in history when she was about 7 and looked up her name on a computer.

"My mom always said we both survived because we were destined to do great things," she said.

Lisa Combatti, a Deutsche Bank vice president, continues to take the LIRR as part of her commute to her job in Jersey City, N.J. She said she never made a big deal of the shootings to her daughter, who as recently as a few years ago acknowledged she didn't even know what Colin Ferguson looked like.

That's a luxury the mother wishes she shared.

"I turned around and saw him shooting as he was coming up the aisle," Combatti said. "I never thought there would be closure. But it's funny how this time around, talking to other people and seeing where we are today, I'm beginning to think that maybe there is some now."

Retired Nassau County Judge Donald Belfi will always be remembered for his decision to allow Ferguson to represent himself in his murder trial.

Ferguson, who is black, made the unusual request after firing noted defense attorneys William Kuntsler and Ron Kuby, who wanted to proffer a "black rage" insanity defense. He wanted no part of claiming that racial persecution triggered the violence.

The defendant, a former stock clerk who had a long history of disputes with the state workers' compensation board, university officials and others, said at one point that he would rather be convicted than judged insane.

"He knew basically what he did and could understand right from wrong," recalled the now 77-year-old Belfi, who said 30 or 40 judges around the country wrote to him, questioning his decision. "He showed sufficient intelligence to me."

The prosecutor, George Peck, said victims were initially reticent about being cross-examined by the gunman but were reassured after a meeting between the victims and prosecutors at police headquarters.

"They gained strength with one another," said Peck, now a county court judge. "And we actually couldn't keep them off the stand after that. We had them calling us up, asking, 'When are we going to testify?'"

The sentencing hearing for Ferguson took three days because so many victims and family members wanted to speak.

"In those three days, I don't think I was ever so moved in 30 years of being a judge," Belfi said.

When he imposed six consecutive life sentences, the courtroom erupted in applause.

"Any other time, I would not like something like that happening in my courtroom," Belfi said. "But a trial of this magnitude and emotion, I thought it was almost appropriate."

Carolyn McCarthy, whose husband was killed and son seriously wounded, emerged as a key spokeswoman for the victims' families. And in 1996, she made gun control the centerpiece of her successful bid for Congress.

Her success at passing gun control legislation has been spotty through nine terms in the House. President George W. Bush in 2008 signed a bill she sponsored establishing a national database for criminal background checks on gun purchases, but other efforts at obtaining assault weapons bans, and limits on the sizes of ammunition clips, have not gained traction.

McCarthy, whose story was chronicled in a made-for-TV movie produced by Barbra Streisand, remains a national spokeswoman on gun control issues and has frequently spoken out after shootings, including that of her colleague and friend, Rep. Gabrielle Giffords, in 2011.

Her son Kevin, who doctors initially feared might not survive, has largely recovered. He is now married with two children and still lives on Long Island.

McCarthy, 69, who announced this year she was battling lung cancer, was not giving interviews ahead of the anniversary, a spokeswoman said. She instead issued a statement.

"I came to Congress following the LIRR shooting to help usher in commonsense reforms to prevent senseless tragedy in this country," she said, conceding there have been "modest steps" in that area. "Twenty years later, I know there is much more for our nation to accomplish."

After their 27-year-old daughter, Amy Federici, was killed, Jack and Arlene Locicero initially joined victims advocating for stricter gun laws. But they said too many setbacks frustrated them.

The couple, from Hawthorne, N.J., decided to shift their focus, drawing on their daughter's own tragic past. She had been married only three months when her husband died of cancer while waiting for a liver transplant.

The Lociceros started Transplant Speakers, a group that advocates for organ donations.

"Coming out of such a horrible situation, there is no closure; you never get over it," he said. "Organ donation gives you the opportunity to keep the memory alive."

Joyce Gorycki, whose husband, James, was killed, is now chairwoman of the Long Island chapter of New Yorkers Against Gun Violence.

Gorycki said she has been approached on several occasions to consider running for public office, like her friend the congresswoman, but has opted against it.

She shook her head at her kitchen table as she recounted subsequent shootings.

"Remember now, they've had shootings in schools; this is horrible. Our children are not safe," she said. "Then we have airports, then we have colleges, then we have the movie house, it just goes on and on. It's crazy."

Ferguson, now 55, is serving his sentence at the Upstate Correctional Facility in Malone, N.Y., not far from the Canadian border.

In addition to six consecutive terms of 25 years to life, he received the maximum of 50 years for 19 counts of attempted murder, two weapons charges and one of reckless endangerment. He is eligible for parole in 2309.

A Corrections Department spokeswoman said Ferguson was not allowed to conduct face-to-face interviews in prison because of an "unsatisfactory" disciplinary record.