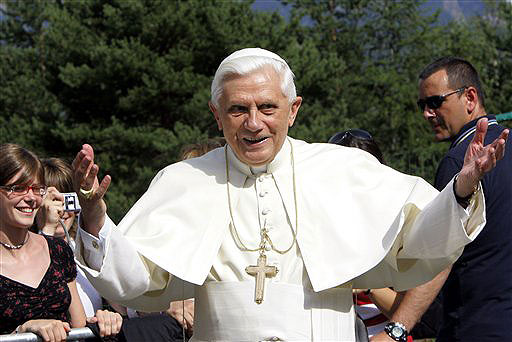 Twenty-five years ago, two weeks before the fall of Saigon, the Cambodian capital city of Phnom Penh fell to the Khmer Rouge, beginning the period known as "the Killing Fields."

Despite the popular book and movie by that title, what really happened during the three years of Khmer Rouge rule is not widely known.

Few Americans realize that close to two million people died, that none of the perpetrators have been brought to justice and that the United States helped bring about the crisis that lead to the Khmer Rouge takeover.

What that means is that the lessons of the Killing Fields, unlike the lessons of earlier tragedies like the Nazi Holocaust, have yet to be understood.

Cambodians themselves are having a hard time using those lessons. For the country's school children, the history of the three-year period is usually glossed over.

"Kids can't really accept what happened and are sort of inclined not to believe it, that we could treat each other that way," says Susan Cook, director of the Cambodian Genocide Program at Yale University, which is working to document who died and how. "Schools aren't making a concerted effort."

"The problem is how to teach it in a politically-correct manor that is not going to look bad," says Mark Levy, a former reporter for the English-language Cambodia Daily.

As the United Nations and the current Cambodian government discuss whether to try Khmer Rouge leaders for crimes against humanity, more attention is being given to what actually happened during the Khmer Rouge years.

"It's different from many other genocidal events," observes Adam Fifield, author of A Blessing Over Ashes, a new book about a Killing Fields refugee coming of age in America and Cambodia. "It was genocide driven not by racial or religious hatred but by an ideology that had been icubated so fervently that it became insanity."

The madness began as soon as the city fell on April 17. Shortly after their victory, the Khmer Rouge forced the evacuation of 2 million people from the city to the countryside, on foot. The wounded were forced out of hospitals to make the trek; some of them were wheeled out on hospital beds.

What happened next, and until 1978, was a shock to nearly everyone.

"I expected that there would be some killing," says Vicchyka Shelto. She was among the first Cambodian refugees to reach the U.S. from a Thai refugee camp, after a daring escape from Phnom Penh on April 17 in the plane of her then-husband, a Cambodian air force officer. "But I didn't know that the Cambodian people would suffer genocide. That's the kind of thing I did not expect."

That's because little was known of the leader of the Khmer Rouge, a Paris-educated communist named Saloth Sar, who went by the nom de guerre "Pol Pot." According to Cook, Pol Pot and the Khmer Rouge "thought they could reorganize a society to bring it backwards in time to a state of agrarian purity."

The Khmer Rouge, or "KR," attempted to completely transform Cambodia overnight, by organizing the country into farming cooperatives, demanding total devotion to the state and wiping out any remnants of the old regime.

That meant shutting off all contact to the outside world, eliminating loyalty to friends or family, emptying the cities, eliminating the Buddhist religion, and creating a fearsome central authority, the "Angka" or "organzation," that punished any deviation with torture and death.

If a person knew a foreign language, had worked for the French or Americans, or dared to express feelings of love to your husband or wife, he or she was a target.

Sayon Soeun, who works for the Cambodian Mutual Aid Association in Lowell, Mass., was separated from his mother in one of thKR labor camps and never saw her again.

"My real name and real age I don't know," he says. Whatever his age, he did hard labor in the camps and trained to be a soldier. He watched soldiers slit people's throats for alleged transgressions.

"I witnessed that every day of my life in my childhood while training to hate people, to hate my family," said Soeun.

The estimates of dead have ranged from a low of 100,000 to a high of 3 million. The Yale program has arrived at a number of 1.7 million, which is supported by other studies.

While the genocide targeted minority ethnic and religious groups like the Vietnamese, Chinese and the Chams, a Muslim people, the Killing Fields was also unique in that it was largely an act of "auto-genocide." Cambodians did the killing and the dying.

"That's why Cambodians will tell you that their genocide is worse than any other genocide in mankind, because they did it to themselves,"says Levy.

The scars of the Khmer rouge regime linger in Cambodia and in the victims who emigrated to the U.S. At Khmer Health Advocates in Hartford, Conn., Cambodians get help dealing with the demons.

"There's a high rate of depression, of post traumatic stress disorder," said Mary Scully, a nurse in the program. People in the 45-55 age group are particularly susceptible: it's like they've aged prematurely, often developing ailments like diabetes ten years younger than most people.

The physical problems are interwoven with psychological traumas: when stomach ailments prevent Killing Fields survivors from eating, they get hunger pains. Those pains remind them of life in the camps, and they are unable to sleep.

Underneath the suffering is a thirst for answers.

"In twenty years I've probably heard two people who wanted revenge. People mostly wanted answers: 'Why did they do this to me?' 'Why did they kill so many people?'" says Scully. "The 'whys' are as big art of it."

Some hope an international war crimes tribunal can help answer some of those questions.

Cambodia and the United Nations have been unable to agree on who should control such a trial— Cambodian courts or international judges—but UN Secretary-General Kofi Annan and Cambodian Prime Minister Hun Sen reported progress when they discussed the potential for a trial last week.

However, the truth could be uncomfortable for a lot of people outside Cambodia. A lawyer for Ta Mok, a Khmer Rouge military leader who could be tried for war crimes, has threatened to subpoena Margaret Thatcher, Ronald Reagan, Henry Kissinger and three former United Nations secretary generals to answer questions about their countries' support for the KR insurgency.

"There's a lot of embarrassment to go around," says Sydney Schanberg, who covered the Cambodian civil war for The New York Times."We haven't learned that the truth is the cleansing thing."

The truth is that U.S bombing of Cambodia killed many thousands, long before the Khmer Rouge had a chance to.

"The first phase of the genocide, from 1969 to 1975, was pretty brutal," said Noam Chomsky, an MIT professor and longtime critic of the role of U.S. policy in the Cambodian tragedy. "By mid-1975, when the Khmer Rouge took over, most of the country was pretty much a wreck."

Undeniably though, what Pol Pot's legions did was different: the obliteration of a culture and death of perhaps million souls.

"That is true evil," says Schanberg, but adds, "we didn't commit it but we, all the gret powers, provided the engine that helped create it."

As for Cambodia itself in April, 2000, it's not clear how or whether the anniversary will be officially remembered. The country itself is still wounded from the war. Phnom Penh bears scars of battle, the countryside is littered with land mines, and the Khmer Rouge slaughter of a generation of educated people has left a nation mired in poverty

"None of the many Cambodians I have spoken to in the past few weeks has even mentioned it," reports Rich Garella, an author working in Cambodia on a book about the country's contemporary politics. "It almost coincides with the New Year on April 13 this year, so that might be mitigating it."