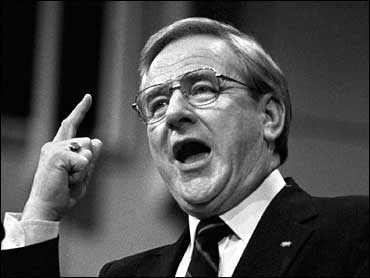 People are remembering Jerry Falwell today with a range of responses to his death, from affection to derision.

No one is neutral about the preacher from Lynchburg – because most of the time Falwell said exactly what was on his mind.

His was an unvarnished, uncompromising view of the world.

His fundamentalist Christian faith informed everything he worked for and fought against.

If you were on his side, he was a champion. If you were not, he seemed downright scary.

He apologized for blaming the attacks of 9/11 on the faithless and the fornicators and the ACLU. He apologized, but I'm pretty sure he still believed it.

It was one of the reasons he was on television so often. He was one of those rare people who called it like he saw it. You might not have liked it but there was no mistaking what he stood for.

As for the Moral Majority, some people said it was neither. But even more than Ronald Reagan, I think it was Falwell who re-energized the Republican Party.