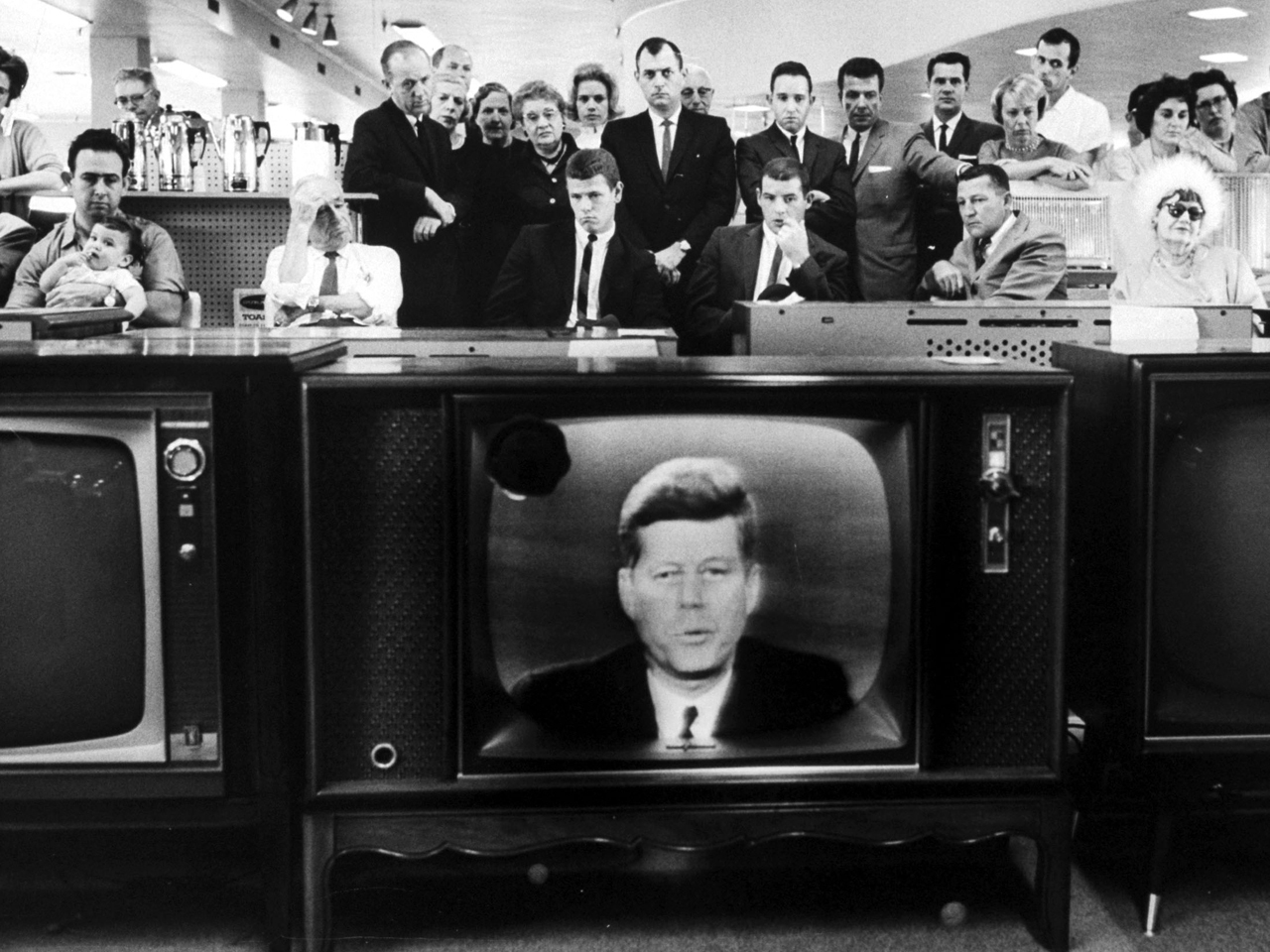 (CBS News) Fifty years ago this week, many people were afraid the U.S. and the Soviet Union were about to start World War III. And some experts say the debate over Iran's nuclear program has the potential to become just as serious as the Cuban missile crisis.

It's hard to overstate how tense the situation between the U.S. and the Soviet Union was 50 years ago - or just how close we came to nuclear war, CBS News' Bill Plante reports.

"CBS Sunday Morning": When the U.S. was on the brink of nuclear war

When President John F. Kennedy told the nation on October 22, 1962, that the Soviets were putting nuclear missiles in Cuba, the announcement came as a shock.

Sheldon Stern, author of "The Cuban Missile Crisis in American Memory," said, "There was some panic. People ran to grocery stores and took the bread and the milk and, you know, once the speech was given, we all said, 'Oh, my God.' And it was the scariest week of our lives."

What Americans couldn't have known was that the crisis in the Caribbean had already been percolating for a week after a U-2 spy plane had detected missile sites being set up in Cuba.

Inside the White House, the tension had been building. President Kennedy had assembled his team -- top advisers, diplomats, military brass, cabinet secretaries, and his closest confidant, his brother, the attorney general. Robert Kennedy's recently-released handwritten notes detail the options being considered.

Evan Thomas, author of "Robert Kennedy: His Life," said, "They're talking about the case for action, he writes, the case against. The case for doing something, for doing nothing. There is no margin for error here."

There's no margin for error because the wrong move might have triggered a launch of the missiles, which could have easily targeted Washington or New York. On White House recordings, the president can be heard wondering if disaster might be averted by offering the Soviets a missile swap: "If we said to Khrushchev that, 'We have to take action against it. But if you begin to pull them out, we'll take ours out of Turkey.'"

But the president's first choice was a naval blockade. Soviet ships did not challenge the blockade, but construction at the missile sites continued. The joint chiefs wanted to bomb the missiles, but Kennedy resisted. Kennedy said, "If we go into Cuba we have to all realize that we are taking a chance that these missiles, which are ready to fire, won't be fired. So that's ... is that really a gamble we should take? In any case we are preparing to take it. Ah, well, I think, fact is, that that is one hell of a gamble."

It was a gamble John F. Kennedy never had to take. On Friday, October 26, Soviet Prime Minister Kruschev sent a private letter saying that if the U.S. promises not to attack Cuba, he would pull out the Cuban missiles. But the very next day, Kruschev upped the ante with a new offer made publicly on Moscow radio.

Stern said, "That he will remove the Soviet missiles from Cuba if we remove our missiles from Turkey. JFK says, 'We cannot turn down the public offer. It's impossible. And what -- where are we going to be if we end up in war over some useless missiles in Turkey?' Every single person in the room opposes that position."

Asked what they wanted to do, Stern said, "They want to turn the offer down and instead force Khrushchev back to the Friday night proposal."

Complicating the issue: a U-2 plane was shot down over Cuba, killing pilot Maj. Rudolf Anderson, and generating calls for retaliation. But in the end, Kennedy finessed Kruschev, publicly promising not to invade Cuba, while privately agreeing to remove missiles from Turkey. And the crisis was over.

Sheldon said, "We have never been as close to nuclear war as we were in 1962."

These days, the players are different. This time it is the U.S. and Israel wary of a nuclear Iran, but the fear is just as genuine, which begs the question, according to Graham Allison, director of the Harvard Belfer Center for Science and International Affairs: "What would JFK do? He would become intensely interested in finding a space, an alternative that would be ugly. But that might have the characteristic of being better than attacking or better than letting Iran become a nuclear weapons state."

Allison says confrontation with Iran is like a Cuban missile crisis in slow motion. But the big difference is 50 years ago there were only two major players - the U.S. and the Soviets. Now, there are three: the U.S., Israel and Iran, which makes a secret face-saving solution like the one reached on Cuba much more difficult.

For more on this story, watch Bill Plante's report in the video above.