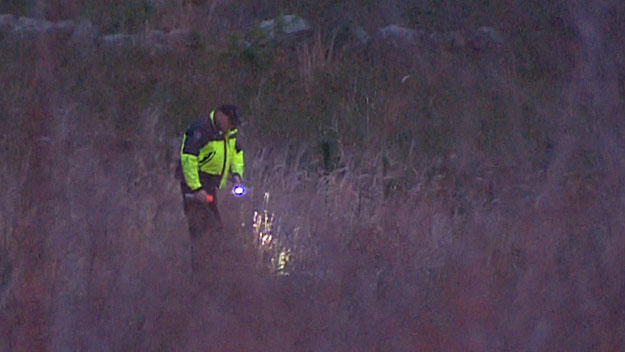 BROCKTON, Mass. - Two sets of human remains were discovered during a search of a wooded area in Massachusetts and at least one of the bodies, that of a young woman, had been dismembered, authorities said Monday.

Based on the conditions of the remains, the two bodies had been there for different periods of time, Plymouth District Attorney Timothy Cruz said at a news briefing.

The remains were taken to the state medical examiner to try to determine their identities and the cause and manner of death, Cruz said, adding that anyone aware of missing loved ones should contact state police immediately.

The first body was discovered Sunday in a wooded area about a quarter-mile from the parking lot of a Brockton VFW Post and near several single-family homes. Police began a search and found the skeletal remains of the second body on Monday.

One body was determined to be that of a woman believed to be in her 20s, and it appeared to have been dismembered, Cruz said. The gender of the other body, found beneath the other, could not immediately be determined, nor was it possible to know if it had also been dismembered, he said.

"I realize this is going to be of great concern to residents of the community," Mayor Bill Carpenter said of the discovery of the remains, adding the city would support the investigation in any way it could.

Cruz declined to say who notified authorities of the first body. Asked if investigators feared there could be other remains in the area, the district attorney would not rule out the possibility but added that "every nook and cranny" of the nearby woods had been searched.