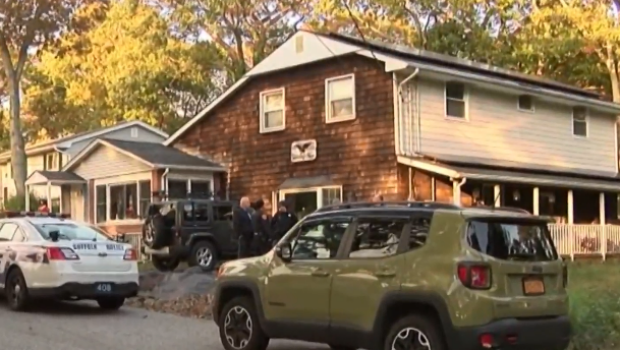 LAKE GROVE, N.Y. — A family mystery has been unsolved for decades: A father in New went missing in 1961 without a trace. Now, his grown children may get answers. The family found human remains when digging in their basement, CBS New York reports.

Michael Carroll said he was a baby when his father, George Carroll, a Korean war veteran, disappeared. Since then, there have been hunches and what Michael calls "funky stuff," like seeing ghosts in the house, which the Carroll family has owned since 1955.

Police said the family had always heard a rumor that he was buried in the basement, and a few months ago began to look into the hearsay. Michael Carroll recently hired a ground penetrating radar expert to check for disturbances under the house. Sure enough, family members began digging where the expert flagged, and this week found bones five feet under concrete in the basement.

"If it isn't him, I'd be surprised," Michael Carroll said about his father.

He is waiting for DNA confirmation, but said he hopes for answers he has sought his entire life.

"In my mind, I always felt like I was going to find that. I'm glad that this is over, and I'm glad that I don't have to break up my house anymore," he said. "I feel great that my dad is free from that crappy hole. He's, I said to everybody, this is a Korean War hero who deserves to be acknowledged for his great — for doing what he's done. He was the father of four children, OK? It's crazy. So if that's the case and that's what's going on here, I'm glad that we gave him his day."

If it is his father, then comes the other half of the mystery: Who killed him?

Carroll said he does not want to speculate, but hints at marital strife in his parents' breakup. A medical examiner will work to determine an official cause of death.

Michael Carroll's brother Steven said that for years the children felt their father had simply abandoned them, and now they know he was with them all along.