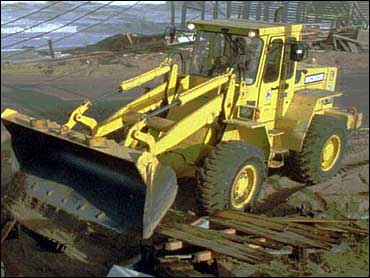 The proposal would force manufacturers of diesel-powered bulldozers, farm combines, marine engines and other equipment not used on roadways to install modern emission controls between 2008 and 2014. It also would require cleaner burning diesel fuel that contains 99 percent less sulfur.

"This is a proposal to dramatically reduce emissions from non-road diesel engines used in construction, agricultural and industrial equipment," White House spokesman Ari Fleischer said. "It will require stringent, non-road engine controls and reductions of sulfur in diesel fuel."

The Environmental Protection Agency estimates that by 2030, the White House-approved proposal will have prevented 9,600 premature deaths, 16,000 heart attacks and 260,000 respiratory problems in children. The proposed rule would take effect next year after EPA evaluates public comments.

By regulating these engines, EPA essentially would be bringing the requirements for off-road vehicles and their fuel in line with those for large highway trucks and buses.

Taken together, the package of regulations "will be the most far-reaching diesel programs in the world today," EPA Administrator Christie Whitman said.

Environmental groups such as the Natural Resources Defense Council praised the agency's move.

When it takes effect, said NRDC senior attorney Richard Kassel, "Gov. Whitman's bold proposal will be the biggest public health step since lead was removed from gasoline more than two decades ago."

EPA released the proposal after it learned that two advocacy groups, the American Lung Association and Environmental Defense, were issuing a report Tuesday calling for tougher standards for the off-road diesel engines and fuel.

"The breathtaking hazards posed by diesel exhaust stand in stark contrast to the lack of a comprehensive program to control diesel emissions from all their sources," says the report, which said current federal regulations of diesel engines and fuel are "a chaotic patchwork."

Particularly susceptible to the effects of diesel exhaust, it says, are children, the elderly, and people with asthma, cardiopulmonary, lung and chronic heart diseases.