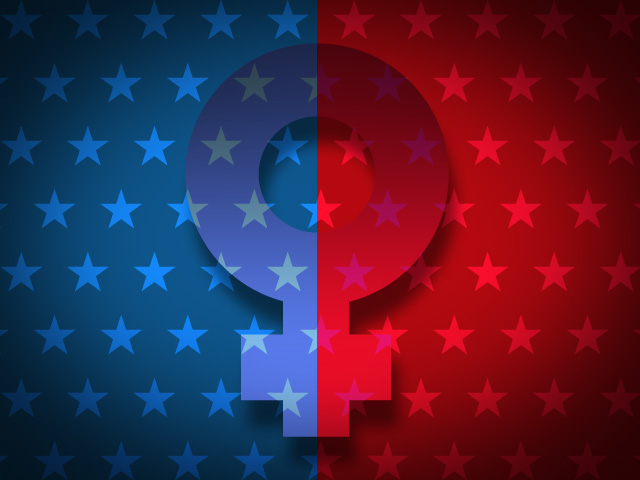 If Republicans have a problem with women voters, it's because Democrats have fueled that false narrative, the head of the Republican party said in an interview with Bloomberg Television to air this weekend.

Democrats in recent weeks have indeed capitalized on just about every opportunity to cast the GOP as anti-women, even jumping on Priebus' remarks to Bloomberg. Democrats, of course, argue their line of attack is legitimate, and they say the proof is in the polls.

A Gallup/ USA Today poll conducted in late March shows that President Obama has a 19-point advantage over Mitt Romney among women in swing states. Democrats typically win more support from women than Republicans, but this gap is notably larger than usual.

Democrats argue that gap exists because of the recent focus on issues relating to contraception, abortion rights and women's health care in general.

"The debate has really brought clarity to the fact that women's health needs are under attack by an increasingly conservative Republican party," New York Democratic Rep. Carolyn Maloney told Hotsheet in March. "I think it's much worse than I've ever seen before."

Democrats were quick Thursday to jump on Priebus to advance their argument, castigating the RNC chairman for "comparing" women to caterpillars.

"If you agree that attacks on women's health is too serious to be compared to a 'war on caterpillars' tweet @Reince to tell him how you feel!" Democratic National Committee spokesperson Melanie Roussell tweeted.

Democrats have taken a number of tactical steps to rally women voters. The Obama campaign at the end of the month is hosting a "National Women's Issues Conference" at which the president will speak. The White House is also highlighting Mr. Obama's attention to women's issues with a forum on women and the economy tomorrow.

Republicans argue that the economy is exactly the reason women should favor the GOP. They've pointed to a Pew Report that found "women represent the only group for whom employment growth has lagged behind population growth in the recovery."

Priebus told Bloomberg the GOP will take their economic platform "to women and everyone in this country."

"This president hasn't fulfilled his promises," he said. "We can do better in this country in regards to jobs and the economy."