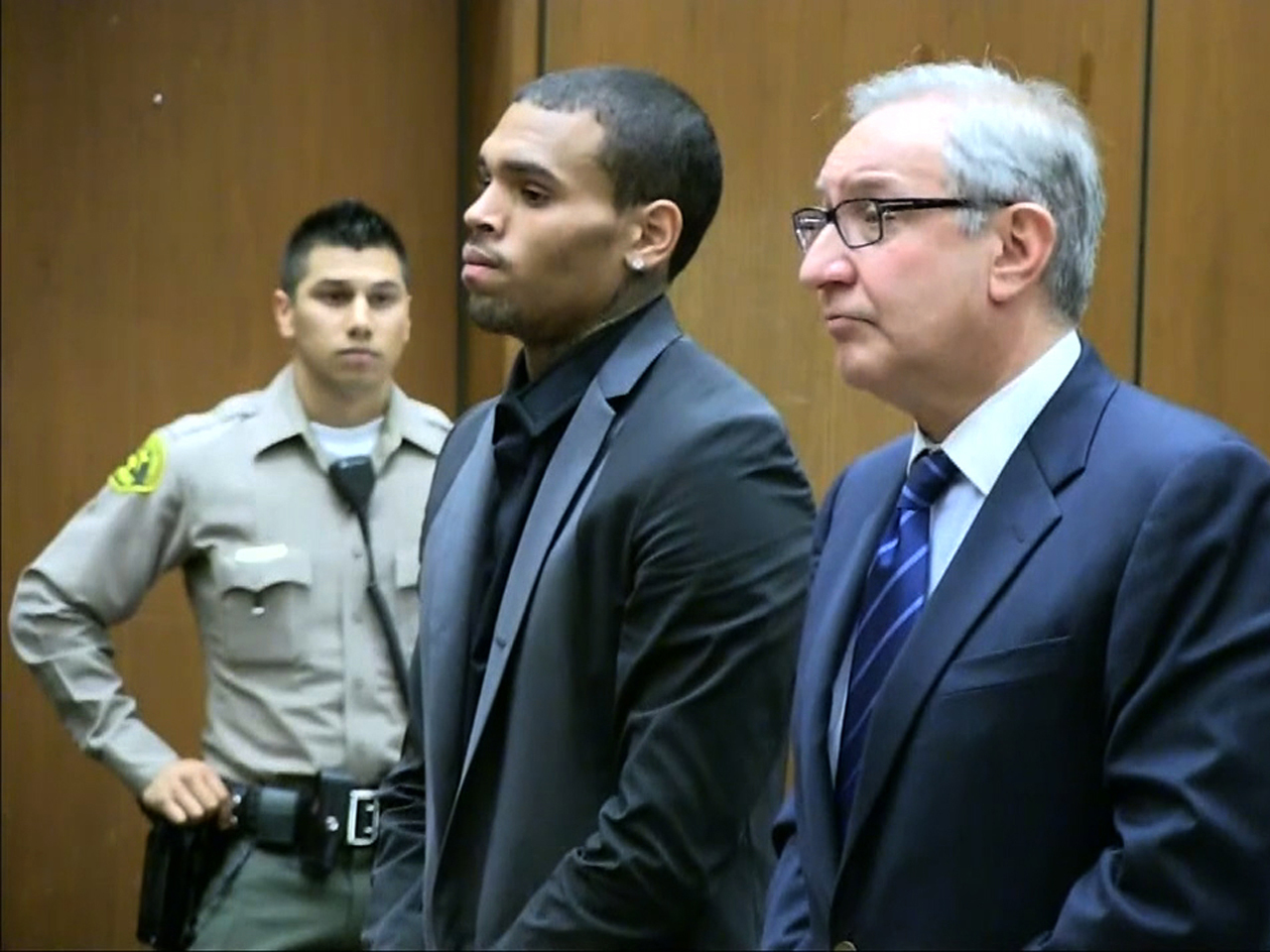 LOS ANGELES -  A judge ordered Chris Brown on Wednesday to spend three months in rehab after reading a report that said a facility discharged the R&B singer because he threw a rock through his mother's car window.

Superior Court Judge James Brandlin also added additional rules for Brown in the coming months, requiring him to perform at least 24 hours of community labor a week and to submit to drug testing as he deals with anger management issues.

Brown and his attorney agreed to the terms, which were suggested by probation officials who are overseeing Brown's sentence for his 2009 beating of then-girlfriend Rihanna.

The Grammy winner threw a rock through his mother's car window Nov. 10 after a joint counseling session in which she suggested the singer remain in treatment, according to a letter submitted by the rehab facility. The facility's name was not included in court filings.

"Mr. Brown proceeded to walk outside and pick up a rock and threw it through his mother's car window and it shattered," the letter states. Brown was discharged because he had signed a contract agreeing to refrain from violence while in treatment.

The singer voluntarily checked into rehab for anger management treatment Oct. 29, just days after he was arrested in Washington, D.C., after a man accused Brown of punching him after he tried to get in a photo with the singer.

The incident and the resulting misdemeanor assault charge could still trigger a probation violation that could lead to more sanctions against Brown.

Brandlin ordered probation officials to collect more details on the Washington arrest and report back to him before a Dec. 16 hearing. A prosecutor did not seek any revocation of Brown's probation at Wednesday's hearing but said she was awaiting more details.

Brown is due to appear in a Washington, D.C., court Monday. Brandlin allowed the singer to travel for the hearing, but his ruling makes clear that the expectation for the singer for the next few months is to receive treatment and perform community labor such as graffiti removal or roadside cleanup.

Brown's probation report states the singer has said he wants treatment for his anger management issues. He reported being depressed after being ordered to re-do 1,000 hours of community service earlier this year after a hit-and-run incident. Prosecutors had raised questions about whether he performed his sentence as instructed.

Brown has performed 20 hours so far, according to the report. An officer expressed concern that the singer wouldn't complete his assignment if Brown was not required to perform at least 25 hours of work per week.

The singer appeared in court Wednesday with his girlfriend Karrueche Tran and only spoke once to acknowledge he agreed to the terms imposed by the judge.

At Geragos' request, Brown was also ordered to take any medications his doctor prescribed.