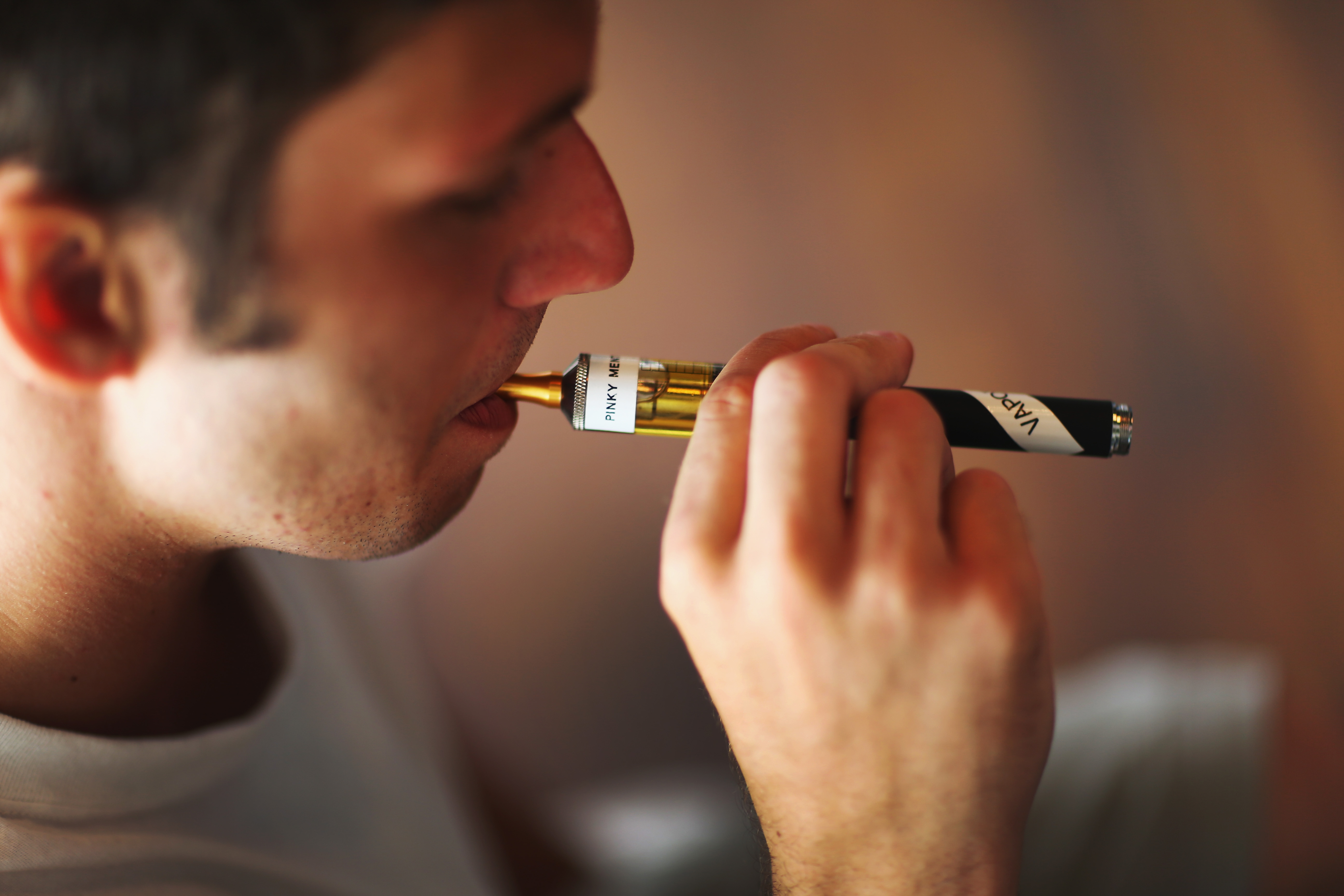 BOSTONA majority of state attorneys general are banding together to ask the federal government to start regulating e-cigarettes, which currently may get into kids' hands under current rules.

Forty attorneys general sent a letter to the Food and Drug Administration (FDA) on Tuesday urging the agency to meet its own deadline and regulate electronic cigarettes in the same way it regulates tobacco products.

The new letter states e-cigarettes are being marketed to children through cartoon-like advertising characters and by offering fruit and candy flavors, much like cigarettes were once marketed to hook new smokers.

At the same time, e-cigarettes are becoming more affordable and more widely available as the use of regular cigarettes declineas they become more expensive and less socially acceptable.

Last year, about 18 percent of U.S. adults said they were tobacco smokers, down from 19 percent in 2011.

The FDA does not have regulatory powers over e-cigarettes unless the products claim to offer therapeutic benefits, such as for help quitting smoking. The agency's Center for Tobacco Products arm at this time only regulates cigarettes, cigarette and roll-your-own tobacco, and smokeless tobacco.

Without regulation, e-cigarettes can be sold to minors in states that don't restrict sales, critics point out.

"Unlike traditional tobacco products, there are no federal age restrictions that would prevent children from obtaining e-cigarettes, nor are there any advertising restrictions," DeWine wrote.

E-cigarettes are being advertised during prime-time television hours at a time when many children are watching, according to the letter, which has led a surge in sales and use.

The health effects of e-cigarettes have not been adequately studied and the ingredients are not regulated, the letter said.

"People, especially kids, are being led to believe that e-cigarettes are a safe alternative, but they are highly addictive and can deliver strong doses of nicotine," Coakley said.

The Centers for Disease Control and Prevention earlier in Sept. released a new report on e-cigarette use among kids, which found 1.8 million middle and high school students said they had tried e-cigarettesin 2012. About 4.7 percent of students said they tried an e-cigarette in 2011, but that number jumped to 10 percent by 2012 -- an increase CDC director Dr. Tom Frieden called "deeply troubling" earlier this month.

The letter urges the FDA to meet an Oct. 31 deadline to issue proposed regulations that will address the advertising, ingredients and sale to minors of e-cigarettes. The decision has been delayed in the past, though the FDA has announced intentions to tighten regulation of the products.

Tom Kiklas, co-founder and chief financial officer of the industry group, the Tobacco Vapor Electronic Cigarette Association, agrees that e-cigarettes should be regulated as tobacco products. The group represents dozens of companies involved in the manufacture and sales of e-cigarettes.

"We're in agreement with responsible restrictions on the marketing and sales of these products," including a ban on marketing aimed at children, he said. "What I cringe at is when e-cigarettes get demonized."