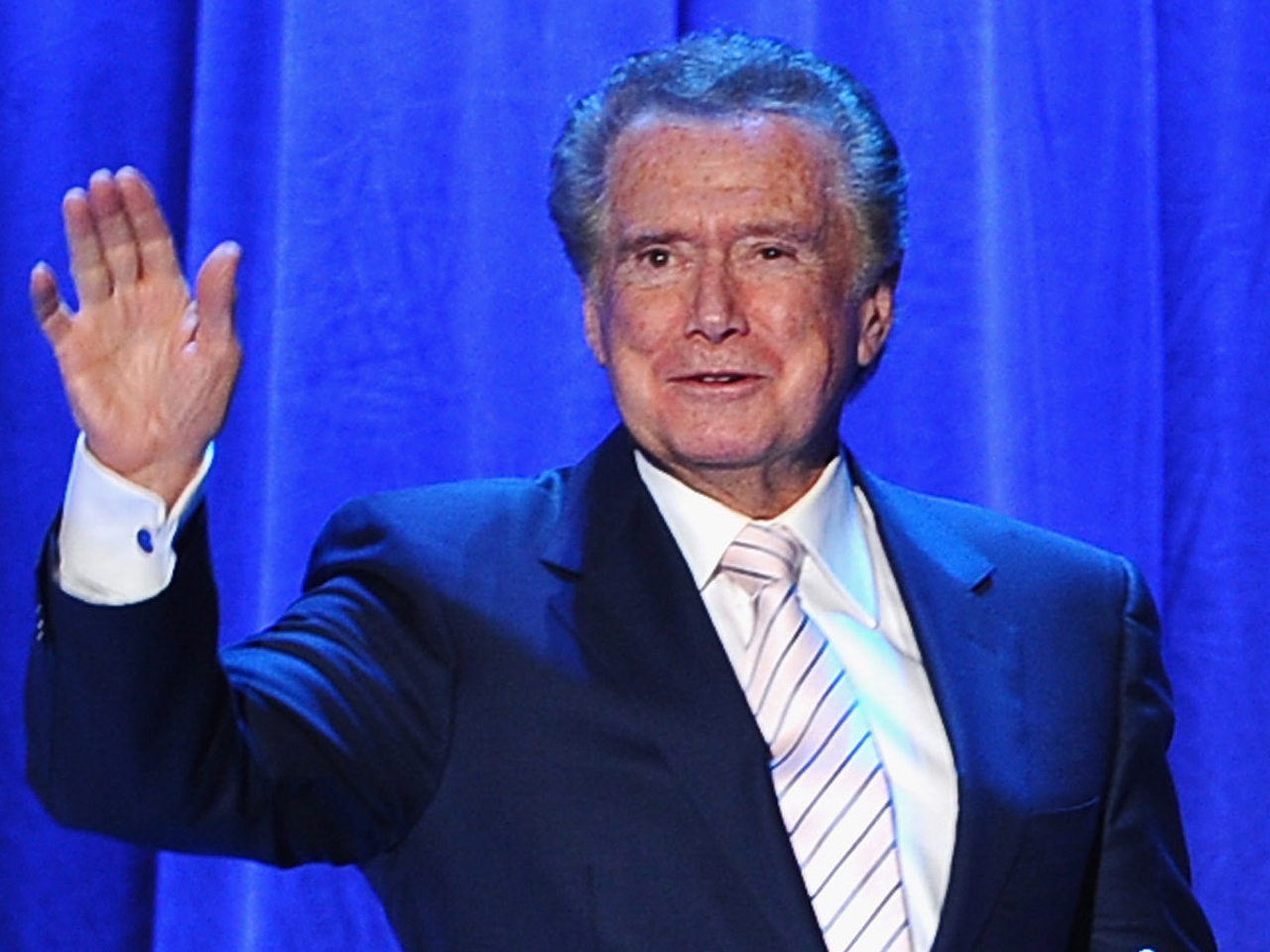 (CBS) He's racked up nearly 17,000 hours of airtime (the Guiness World Record) and has spent 28 years in the same hosting chair. Regis Philbin, a morning show staple for nearly three decades, will sign off from "Live! with Regis & Kelly" one final time this Friday.

Already midway into its Philbin farewell week, the nationally syndicated show has featured a slew of guest stars and friends.

Jimmy Fallon and Don Rickles stopped by on Monday. The following day saw a performance by Tony Bennett and a visit by Donald Trump. Wednesday's guests included Bret Michaels and David Letterman. Michaels performed "Every Rose Has Its Thorn," and appropriately changed a few words to fit the moment. When Vice President Joe Biden paid a surprise visit Wednesday, he gave the 80-year-old TV host a farewell gift: a large bag of tennis balls.

The stars showing up for Friday's one-hour long tribute show, though, are being kept hush hush. But expect a lot of surprises. The audience will be filled with family and friends, and Philbin will talk about his experience on the show.

It's just a hunch, but if it were up to Philbin, Barbra Streisand would be one of Friday's guest stars. When Parade asked Philbin if there was someone he always wanted on "Live!," but never had on the show, Philbin said, "Barbra Streisand. I've met her, and she's a lot of fun. She used to love 'Who Wants to Be a Millionaire.' But I wasn't going to ask her to come on the show. I couldn't do it."

Philbin has been through a few versions of "Live!" over the years. He and Cindy Garvey debuted the New York-based series, initially called "The Morning Show," in 1983. When Garvey left a year later, she was replaced by Ann Abernathy. Kathy Lee Gifford took over in 1985, eventually parting ways with "Live!" in 2000. Ripa took over in February 2001.

No permanent replacement host has been named. Jerry Seinfeld will co-host three episodes next week, and "How I Met Your Mother" star Neil Patrick Harris will fill those shoes the following week.

As for Philbin, his working days may not be over yet. "There's no concrete idea," he said, reports the New York Daily News. "I'm not juggling a lot of ideas that have come to me. Frankly, I haven't had time to think about it."

Perhaps Philbin fans will get a better idea of what the TV veteran has in mind when he sits down with Katie Couric Thursday for a special edition of ABC's "20/20" at 8 p.m. ET.

Tell us: Who do you think should replace Philbin?