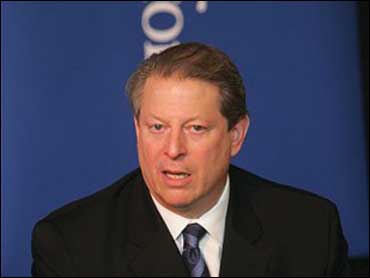 President Clinton will ask Congress this year to create a tax credit of up to $10 for people who file federal income taxes electronically.

Treasury Secretary Lawrence Summers said Thursday that Mr. Clinton will include in his fiscal 2001 budget request to Congress next month a $10 refundable tax credit for taxpayers filing online and a $5 credit for people who file over the telephone using the IRS' Telefile.

The credit, Summers said, "will provide an incentive for filing online and reward individual taxpayers" while simultaneously helping the IRS become more efficient.

Among the reasons millions of people cite in continuing to file tax returns on paper is the fee that often accompanies electronic filing compared with the low cost of a 33-cent postage stamp.

A 1998 Internal Revenue Service reform law set a goal of 80 percent e-filing by 2007, but right now only about one in four tax returns reaches the IRS that way. About 29 million taxpayers filed returns electronically last year, a 19 percent increase over the year before but far from a pace that would reach the 80 percent goal.

The latest IRS projection is for about half of all returns to be filed electronically by 2007.

The tax credit would add a concrete incentive for more people to e-file their taxes, adding to current advantages that include greater accuracy, swifter refunds and a specific IRS confirmation that a taxpayer's return was received.

Manufacturers of tax preparation software often sell versions that provide free electronic filing, sometimes through a rebate. Some software makers also are offering taxpayers Internet sites where they can prepare tax returns and ship them directly to the IRS, sometimes for free.

Earlier Thursday, IRS Commissioner Charles Rossotti told a conference on modernizing the tax agency that improved technology, including more electronic filing, is critical to improving the IRS's ability to respond to taxpayer problems and questions.

"Our purpose is not to move some imaginary pendulum back or forth a few degrees," Rossotti said. "Our purpose is to improve the entire way the IRS works."

As part of its modernization effort, the IRS is remaking its structure into four major operating divisions: one each for individual taxpayers, large businesses, small businesses and tax-exempt organizations. The new structure is expected to be in place by October.

John Dalrymple, who will head the new Wage and Investment Division that includes the vast majority of taxpayers, said the IRS hopes within five years to be able to communicate directly with taxpayers via secure e-mail. That would allow completely paperless filing with PIN numbers in place of physical signatures and provide tax refunds within two days, he said.

"We're going to position ourselves to make full use of the Internet," Dalrymple said.