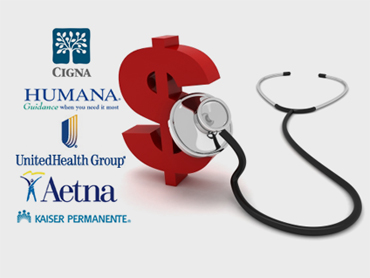 The insurance industry that was demonized in the health care debate faces a flood of new customers and tight new regulations, but when it comes to their bottom lines, it appears little will change, reports CBS News Chief Investigative Correspondent Armen Keteyian.

Under the new bill, the health insurance industry stands to gain up to 20 million new customers but will be required to:

• spend at least 80 to 85 cents of every dollar it takes in on health care
• eliminate lifetime limits on coverage and restrict annual limits
• pay at least $70 billion in new taxes beginning in 2014
• sell insurance through state-run exchanges, making purchasing more affordable for individuals

In addition, insurers will be prohibited from:

• charging older Americans more than three times what they charge the young
• canceling policies when people get sick
• perhaps most importantly, beginning in 2014, insurers will no longer be allowed to exclude the 12.6 million adults with pre-existing conditions

That last prohibition matters for people like Andrea Imhof, who has suffered from asthma and mild depression.

"I got denied twice, and I had to wait," Imhof said.

Industry leaders expressed concern about the bill, charging it does little to improve quality or contain the soaring cost of health care, which has increased 131 percent for families in the last decade, according to the Kaiser Family Foundation.

"We will have more people covered, which is good, you have greater revenues," said Dr. Jeffrey Kang, chief medical officer for insurance company CIGNA. "But on the other side, you actually have these premium taxes, which will really offset the revenue so altogether from a profit perspective, probably neutral."

Even if the revenue from all the incoming customers doesn't completely offset new taxes and services, industry profits aren't expected to fall much. That's because - despite tougher regulation - any additional costs will most likely be passed on to policy holders in the form of subtle rate increases.

"There will be some modest premium increases as a result of this," said Ana Gupte, a senior analyst at Sanford Bernstein, an investment firm. "I think it will be phased in very slowly over the next decade, so it won't be something that is dramatic and clearly visible."

What is clear is all of these changes haven't worried investors. Just before the bill passed, health insurance stocks were up, a vital sign that the long-term prognosis remains strong.