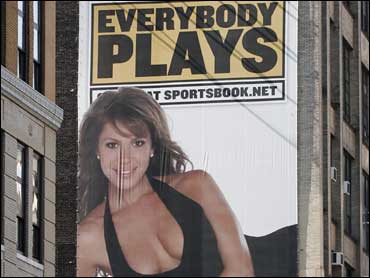 Governor Gray Davis of California has signed Senate Bill 1223, a bill placing on the ballot an initiative that would restrict political fund-raising. The governor's pen strokes are sure to be a disappointment to groups opposed to the measure, including the League of Women Voters and Common Cause.

Voters had already approved another measure in 1996 - Proposition 208 - requiring much stricter contributions. That bill, which is not currently in effect, is expected to emerge from a long legal challenge in the courts as early as this coming week. But now voters will have the option of approving SB 1223 in November, which will void the tougher proposition.

"The target here is clearly Prop 208, which is real campaign finance reform approved by voters," said Tony Miller, a member of the Save 208 Committee and a former top state elections official. He calls SB 1223 a "Swiss cheese proposal," because, in his words, it's full of holes. According to Miller, the Senate bill would allow some of the largest contribution limits in the country and do very little to limit the flow of soft money through political parties.

Under the campaign finance measure signed by Davis Friday, the per-election limits for donations from most sources would be $20,000 for candidates for governor, $5,000 for other statewide offices, and $3,000 for legislative candidates. Political parties could give unlimited amounts to any of those candidates, but they could collect no more than $25,000 from any one donor.

By contrast, Proposition 208 would cap contributions to legislative candidates at $250 and to gubernatorial contenders at $500.

California is just one of a handful of states with practically no restrictions on donations to candidates running for statewide office. Campaign spending has skyrocketed in the last 20 years, and $100,000 donations and $1 million legislative campaigns are becoming increasingly common.

Senate Bill 1223 sped through both houses of the California legislature this past week, earning support from the Senate on Wednesday and the Assembly on Thursday. Supporters described it as a solid compromise that is better than no law at all.

"As imperfect as it is, I am going to hold my nose, close my eyes and vote for it because we have got to have something," said Assemblywoman Audie Bock.

"This is as good as we can make it" and still stand up to First Amendment challenges, said Assembly Speaker Robert Hertzberg, referring to a federal court ruling that said Prop 208 placed unfair restrictions on candidates.

But Trudy Schafer, a lobbyist for the League of Women Voters of California, criticized the lawmakers for rushing through the legislation without public testimony. "We've called it a sneak attack," she said.

"In an ideal world, there really should have been a public hearing," said Sherry Bebitch Jeffe, a political scientist at Claremont Graduate University. "But one can argue the publc hearing will come in November," when the public - and the media - will be paying closer attention.

Jeffe is among those who wonder if the restrictions of Prop 208 are too severe. "It costs a fortune to run a political campaign in California," she said. Severe reforms run the risk of "driving the money further underground."

Gov. Davis, who raised $13 million for his re-election campaign during his first year in office, will not be affected by SB 1223. The measure would not curb fund-raising by statewide officials running in 2002.

When asked about the measure on Thursday, Davis said "I do think it is a positive step the legislature is putting itself on record in favor of (campaign finance reform)."

But Tony Miller, the Prop 208 supporter, said the current bill simply gives legislators political cover during an election season in which campaign finance reform has become a popular issue.

"The voters will see through this," said Miller. "It is truly a wolf in sheep's clothing."