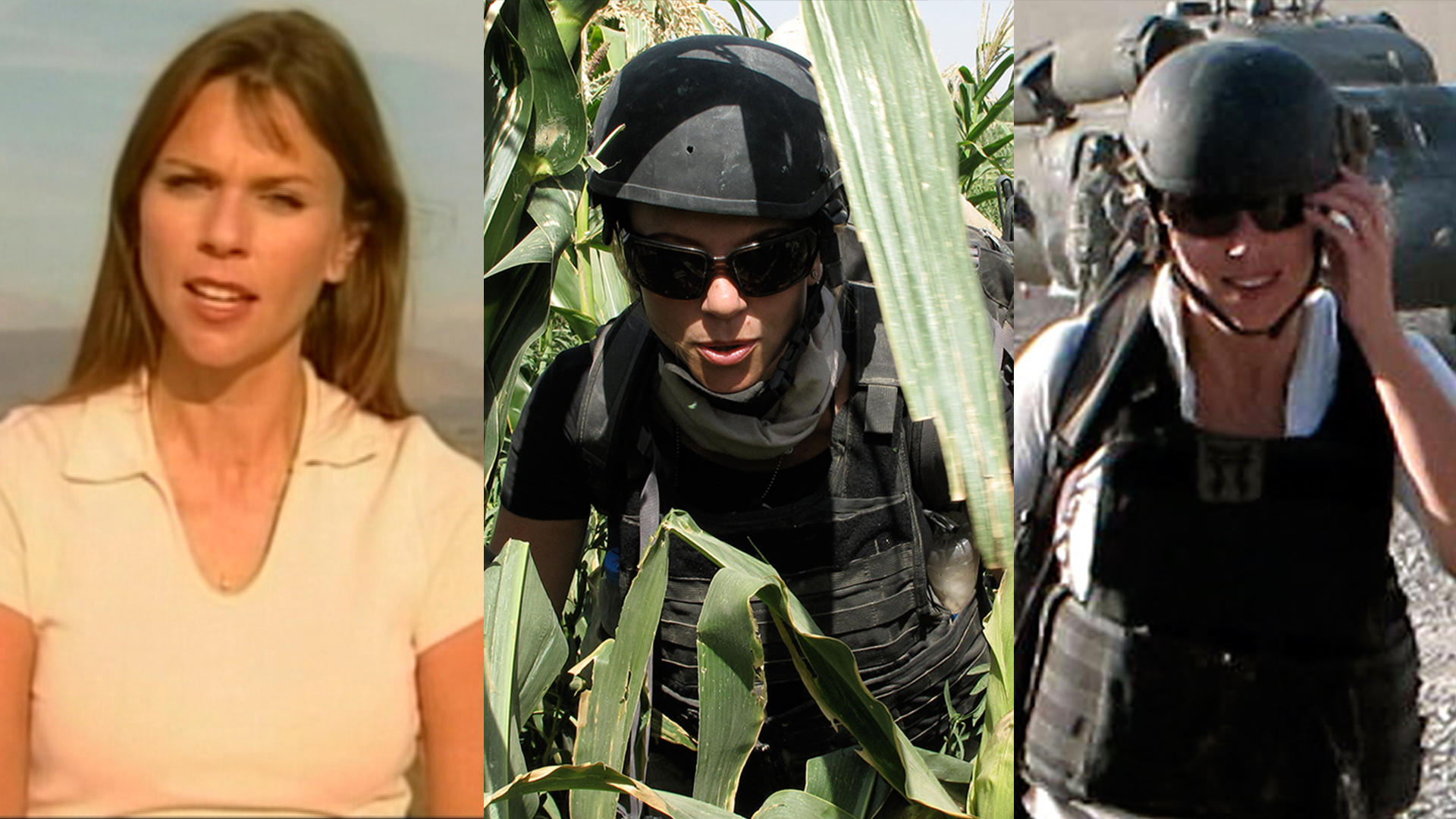 A two-mile stretch of road drew 60 Minutes correspondent Lara Logan to Afghanistan for a report on the broadcast this week.

The road runs from the airport to the U.S. embassy and nearby NATO headquarters in Kabul, the country's capital and largest city. But U.S. military and diplomats cannot drive along this route for fear of an attack. Instead, they must be transported by helicopter, a trip that takes fewer than five minutes.

"That's stunning," Logan tells 60 Minutes Overtime in the video above. "And having lived in Kabul and spent so many years there, I couldn't believe that that was the case. I used to ride on the back of a motorbike around that city, and now our own soldiers and diplomats can't use the roads? That's something you want to understand better, and you have to see it for yourself."

Logan has covered the war in Afghanistan for 16 years, and she has spent time reporting in the country nearly every year since the war began in 2001. In the last two years, says Logan, public interest in stories from Afghanistan has waned. But when she heard about the 2-mile helicopter trip from the airport, Logan knew she had a compelling story for 60 Minutes. When she returned to Afghanistan recently with a team of producers and a camera crew, she found a changed, more dangerous Kabul.

In the three years since her last reporting trip to the city, Logan noticed the blast walls along the roads had doubled or tripled in height in some areas. Concrete barriers rising 20 feet high have changed Kabul, she says; parts of the city she had known so well were rendered unrecognizable.

"It's very claustrophobic," Logan says. "And it's very frustrating, too, because here is this extraordinary place and fascinating people and all I want to do as a reporter is go out."

But she and the 60 Minutes team were limited in how and where they could move around Kabul. The CBS security consultant advised against lingering in any one place. Staying in the car too long was also risky, particularly in slow-moving traffic. The threat of suicide bombers, car bombs, and magnetic IEDs, which can be affixed to the side of a car, made Kabul's heavy traffic extremely dangerous. Logan says children are paid to wade through traffic jams on foot and stick magnetic IEDs onto cars.

"One of the most frustrating things about doing this story was that we felt like we were looking at Kabul through a drinking straw," he says, referring to the restrictive reporting conditions.

On the other side of that straw is a city bursting at its seams. When the U.S. first came to Kabul, the population was 500,000. It's now more than 5 million, as refugees and people desperate for work have flooded the city.

The city's other new residents? Terrorists. Afghan President Ashraf Ghani tells Logan on the 60 Minutes broadcast that 21 international terrorist groups now operate in his country. "We are under siege," he says.

Cameraman Don Lee, an experienced combat photographer, says the current situation in Kabul is the worst he's ever seen.

"That's the thing — it was always a little dangerous, but you could walk around," says Lee. "We could go to restaurants. We just were a little careful about not raising our profile. But now, none of that matters."

To Logan, the situation in Afghanistan's capital feels like it's sliding backward to a time before the U.S. arrived in 2001 — a time, she says, when every street was a "battlefield."

Defending that battlefield today is costing the American taxpayers — more than $4 billion a year, as the U.S. bankrolls 90 percent of Afghanistan's defense budget. The U.S. has spent another $30 billion rebuilding the country.

And still, the two-mile road to the U.S. embassy is too dangerous for American personnel to drive.

"I guess what we wanted to find out," Campanile says, "was, if we are unable to drive in a city that, basically, NATO forces has held for 16 years, then where are we in the war right now?"

The video above was produced by Sarah Shafer Prediger, Lisa Orlando, Will Croxton, and Ann Silvio. Malak Habbak was associate producer.