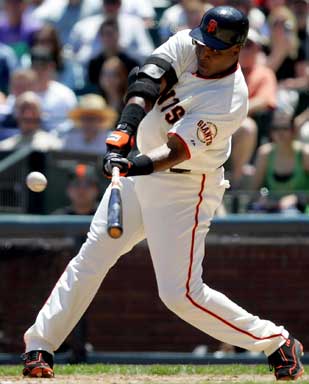 Coleman seriously considered an offer from the Arizona Cardinals, but accepted a Redskins offer that will pay him $6.5 million over the first two seasons. He could earn an additional $3 million per year if he meets certain incentives.

The 30-year-old defensive end, who spent four years in Miami and three in San Diego, played for $1 million last season as a late free agency signing. He started all 16 games and added much needed vigor on the practice field as the Redskins made their first playoff appearance in seven years.

Coleman will move from right end to left end. Bruce Smith, signed two weeks ago as a free agent, will play right end.

However, Coleman might not even start this season. The Redskins have the Nos. 2 and 3 overall picks in the April draft and could use one of them on Penn State defensive end Courtney Brown.

Coleman is the fourth of five unrestricted free agent starters the Redskins targeted to re-sign. Fullback Larry Centers, guard Keith Sims and center Cory Raymer have agreed to deals, while running back Stephen Davis was designated as a franchise player after negotiations stalled.