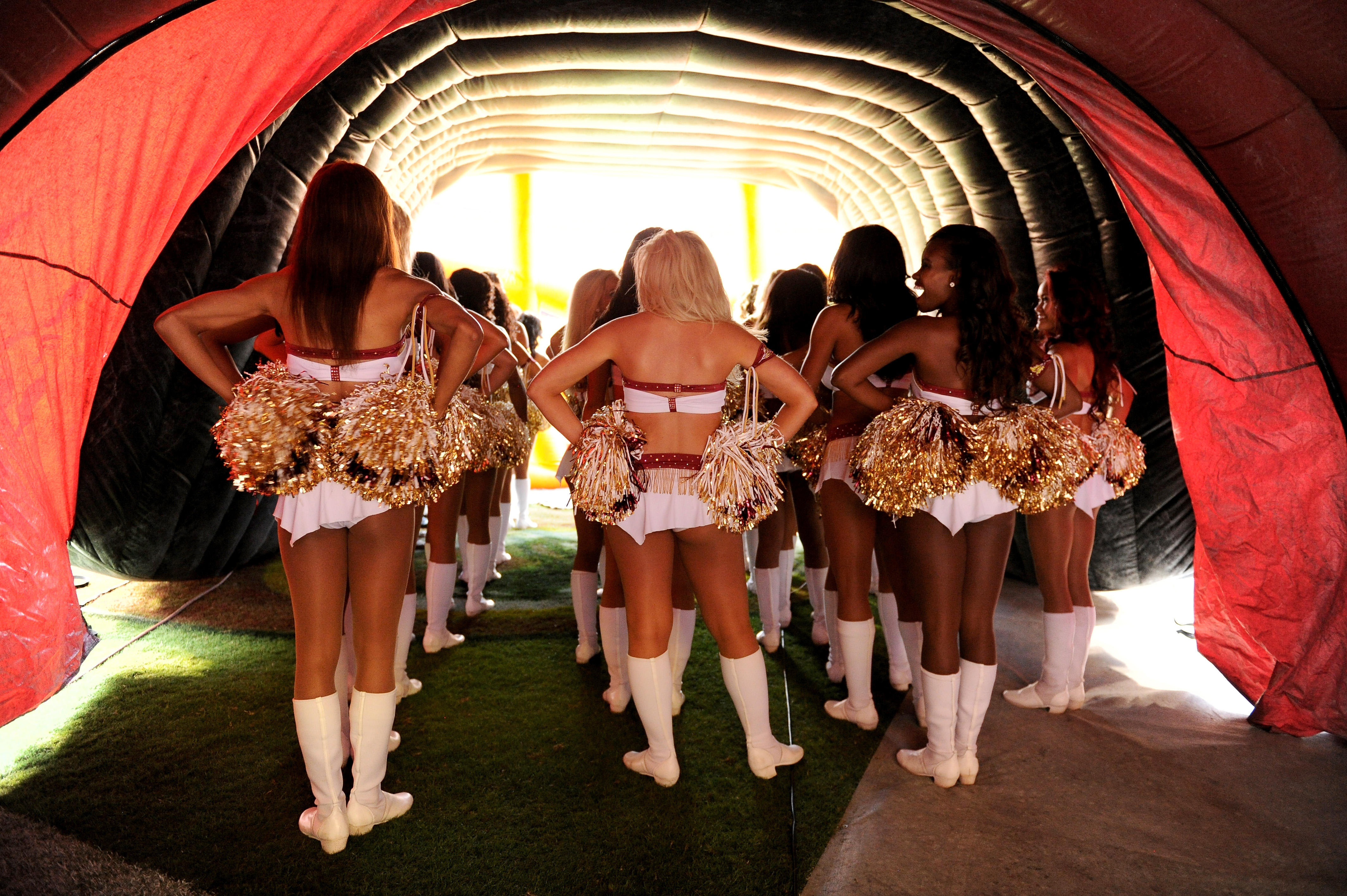 CHICAGO  —  In 2013, when the Washington Redskins took their cheerleaders on a weeklong trip to Costa Rica, they were paid nothing other than transportation costs, along with food and lodging. But the New York Times reports some of the women who went to the photo shoot at the Occidental Grand Papagayo, an adults-only resort, were told to pose topless and others only wore body paint, even though the calendar would not show nudity.

The team also invited spectators. CBS Chicago reports the incident provides a look into how NFL teams use cheerleaders for more than sideline dancing during games.

A group of sponsors and suite holders from FedEx Field were granted "up-close" access to the photo shoot. All were men.

The cheerleaders told the newspaper they felt the team was "pimping us out."

After the end of a 14-hour day that included posing and dance practices, some of them weren't finished.

Nine of the 36 cheerleaders were hand-picked to be "personal escorts" at a nightclub for some of the sponsors who made the trip, the newspaper reported.

According to the New York Times, the account of the Redskins' calendar shoot in Costa Rica was based on interviews with five cheerleaders involved. Many details were confirmed with others who heard descriptions of the trip at the time. The cheerleaders, who were required to sign confidentiality agreements when they joined the team, spoke on condition of anonymity.

Dozens of current and former cheerleaders interviewed said they enjoyed performing at games and participating in charity work but added they were disturbed by some of the "requirements" that put them in what they considered unsafe situations.

"They weren't putting a gun to our heads, but it was mandatory for us to go," one of the cheerleaders told the newspaper. "We weren't asked, we were told. Other girls were devastated because we knew exactly what she was doing," referring to the group's longtime director and choreographer, Stephanie Jojokian.

"It's just not right to send cheerleaders out with strange men when some of the girls clearly don't want to go," one cheerleader who was there said. "But unfortunately, I feel like it won't change until something terrible happens, like a girl is assaulted in some way, or raped. I think teams will start paying attention to this only when it's too late."

Jojokian denied much of how the trip was described, including that the nightclub event was mandatory.

"I'm the mama bear, and I really look out for everybody, not just the cheerleaders," said Jojokian. "It's a big family. We respect each other and our craft. It's such a supportive environment for these ladies."

In a statement Thursday, Redskins Team President Bruce Allen said the organization was "very concerned by the allegations" in the article. Allen said some current and former cheerleaders gave the team accounts that contradicted "many of the details" in the article, but the statement didn't provide specifics.

"I can promise that once we have completed looking into this matter, if it is revealed that any of our employees acted inappropriately, those employees will face significant repercussions," Allen said.