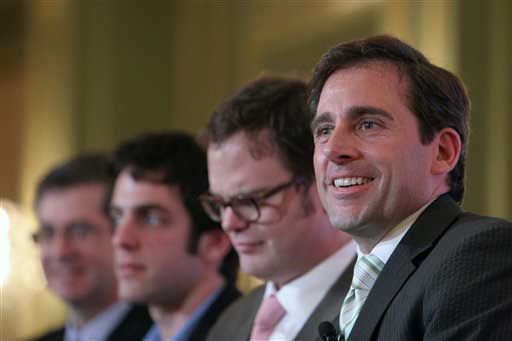 Steve Parris added other chapter to his comeback story on Sunday.

Parris got his first victory in nearly three years as the Cincinnati Reds finished a three-game sweep of the Detroit Tigers with a 5-2 victory.

Parris (1-0), making his first start of the season, allowed a run in six-plus innings to win for the first time since pitching Pittsburgh to a 3-2 win over Florida on Aug. 20, 1995.

He was released by the Pirates after undergoing arthroscopic surgery in 1996 and spent the next year and most of this season in the Reds farm system.

"Just getting back here was a big battle," said Parris, who gave up nine hits, struck out five and walked two. "I had to prove I could pitch again after the surgery and getting released by the Pirates. There's always a time you lose a little hope, but as long as I'm healthy I can pitch."

Bret Boone hit a two-run double for the Reds, who have won four straight after an 11-game losing streak. Bobby Higginson and Damion Easley for Detroit.

"(Parris) did a good job right when we needed it," Reds manager Jack McKeon said. "He threw the ball over the plate and had a much better breaking ball."

"I pitched out of trouble all day," Parris said. "I think the key was I made some good pitches when I had to. The defense played a great game, too."

Rick Krivda and Jeff Shaw followed Parris, with Shaw working a perfect ninth for his 21st save.

Shaw pitched in all five games of the Reds' 4-1 road trip, including two innings of a 6-5, 13-inning Cincinnati win on Saturday night.

"You've got to give him the ball when he says give me the ball," McKeon said. "He never gets tired when we have a chance to win."

Justin Thompson (6-8) remained winless at home, giving up five runs on six hits in 5 2-3 innings. He walked two with no strikeouts.

"J.T. was not very good today," Tigers manager Buddy Bell said. "Everything he threw was up. There were a lot of things hit hard off him."

"I've been so inconsistent from start to start," Thompson said. "I pitched about as well as I could in St. Louis, then I get this. I can't explain it."

The left-hander was 4-1 with an 0.45 ERA in his five previous interleague starts, but the Reds jumped on him for three runs in the first inning.

Higginson got one back with his 16th homer of the season i the bottom of the inning.

Thompson retired 10 straight batters before Larkin led off the sixth with a double. Larkin scored on Melvin Nieves' single, then Pokey Reese singled off Doug Bochtler to give the Reds a 5-1 lead.

Easley led off the eighth with his 19th homer off Rick Krivda.