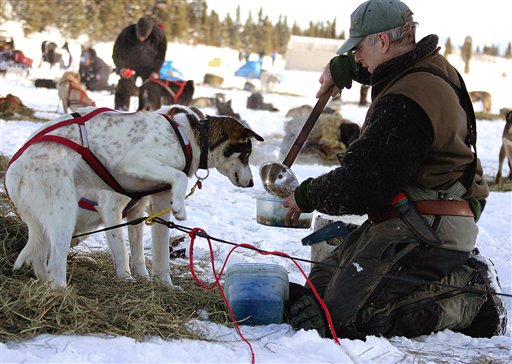 There were no fights, cheap shots or even a hard shove. All the Detroit Red Wings and Colorado Avalanche gave another sellout crowd in Joe Louis Arena was some solid hockey.

Brendan Shanahan scored two goals as the Red Wings overcame an early 2-0 deficit and beat the Avalanche 5-3 Wednesday in the season's first renewal of one of the NHL's fiercest rivalries.

It also was their first meeting since Colorado ousted Detroit in six games during last season's Western Conference semifinals. But anyone who came hoping to see a bloodbath as in some legendary games of the past didn't get it.

"The rivalry is still there," said Shanahan, whose two goals leave him one short of 400 for his career. "It's good hockey and I think that's what most people came for."

Vyacheslav Kozlov, Tomas Holmstrom and Darren McCarty also scored for the Red Wings (7-1-1), who have won five straight and are unbeaten in seven games since their lone loss Oct. 5 against Dallas.

"We talked during the start of training camp the importance of getting off to a good start and we have," Shanahan said. "We had a lot of early-season tests last year and didn't do very well."

Adam Deadmarsh scored two goals and Shjon Podein another as Colorado (5-4-2) fell to 2-2 on a four-game road trip that ends Thursday at Philadelphia. The Avalanche's early schedule has been road-heavy because of the move into their new home at the Pepsi Center.

"The beauty othe schedule is everybody plays 41 home, 41 away," said Colorado goalie Patrick Roy, who made 22 saves. "It'll all even out. I think playing some tough games on the road early will help us."

"I still enjoy playing Colorado and I'm sure every one else in this room does, too," Detroit goalie Chris Osgood said after making 20 saves.

"It's always nice to play against a good hockey club like that," Roy said. "It gives you a chance to see where you are. I thought it was a great hockey game."

It was cleanly played game with no fights and only five minor penalties.

But two of them created a 5-on-3 advantage for the Red Wings that led to two goals in a 54-second span and wiped out a 2-0 deficit in the second period.

"We got into some penalty trouble and the 5-on-3 gave them some pretty good chances," Deadmarsh said. "Our team took a lot of pride in penalty killing early in the season, but tonight we didn't have it."

Kozlov converted a short centering pass from Igor Larionov at 4:04. Then, with Greg DeVries still in the penalty box for slashing, Shanahan got a backhander past Roy at 4:48 as he was falling in front of the crease on a hit by Aaron Miller.

"The guys battled back and played a great game," Osgood said. "We worked hard and got some penalties and took advantage."

Holmstrom gave Detroit a 3-2 lead with his fourth goal from in front of the net at 14:43.

"He got knocked around a few times," Deadmarsh said. "But he got up and put the puck in the net."

Deadmarsh opened the scoring 8:44 into the first period when he slipped his own rebound past Osgood after beating defenseman Aaron Ward on a rush along the left side.

Podein made it 2-0 with 1:36 left in the first by skating in to the goal mouth and pushing a shot between Osgood's legs.

"We had momentum in the first period," Roy said. "Then by getting those penalties we gave them momentum and they took advantage of it."