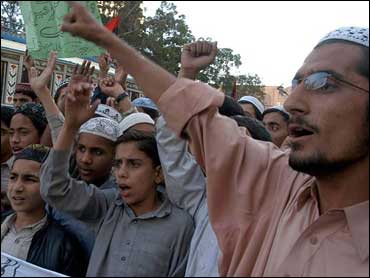 Bret Saberhagen knows it will be a while before his reconstructed shoulder is no longer the focus of talk about his success.

That's fine with him, since the pain is gone and the victories keep piling up. He improved to 7-3 Thursday night as the Boston Red Sox beat the Baltimore Orioles 9-1 in his longest outing of the year.

They do make a great story after he missed nearly all of the past two seasons following surgery on the right shoulder he used early in his career to win two Cy Young awards.

"He doesn't throw the ball past you anymore but he has command of four pitches, any one of which he can get you out on," Baltimore's Joe Carter said. "Back in the '80s, he was one of the best pitchers in the game."

Saberhagen won his first five decisions and, after losing three in a row, has won his last two. Five of his victories, including Thursday night's followed Red Sox losses.

"They're all important games, but you realize that you've got to get back on track," he said. "You don't want to get into a losing streak and struggle."

Saberhagen had ended Boston's six-game slide and his own three-game losing streak in his previous outing, a 3-2 victory over the New York Yankees on Saturday. Thursday night, he allowed seven hits, walked one and struck out three. He has walked just six in his last seven games.

Darren Lewis drove in three runs off Sidney Ponson (0-3), making his second career start, and Mike Benjamin and Darren Bragg had two RBI each as the Red Sox rebounded from their only shutout loss of the season, 3-0 Wednesday night against the Orioles.

Lewis went 3-for-5 with an RBI single that put Boston ahead 3-0 in the second and his third homer of the season, a two-run shot just inside the right-field foul pole that made it 5-0 in the sixth and chased Ponson.

"I hit a lot of balls like that," said Lewis, signed in the off-season as a free agent primarily for his fielding. "The ballpark is tailored to my swing."

The Red Sox, who snapped a five-game home losing streak, got 12 hits one night after being limited to five by Doug Johns and Arthur Rhodes as their four-game winning streak ended.

They were headed for their fifth shutout win of the year Thursday until B.J. Surhoff's ninth homer cut the lead to 5-1 in the seventh.

The Red Sox took a 1-0 lead in the first on Reggie Jefferson's double and Mo Vaughn's single.

They made it 3-0 in the second when Scott Hatteberg walked, took third on Benjamin's single and scored when Bragg reached on second baseman Roberto Alomar's error. Bragg stole second and Lewis singled in Benjamin.

They added three runs in the seventh on Benjamin's two-run single and Bragg's RBI double and another in the eighth on Troy O'Leary's sacrifice fly.

Saberhagen allowed runners in six of his seven innings and worked out of jams in the fifth and sixth.

"Saberhagen pitched a great game," Miller said. "He got the outs when he needed them and kept the ball on the ground."

Alomar led off the fifth with a walk and reached third on Cal Ripken's one-out single. Chris Hoiles then grounded into a double play.

The Orioles, who had won their previous three games, put together a more serious threat in the sixth when Jeff Reboulet doubled and went to third on Brady Anderson's single with no outs. But Saberhagen struck out Carter and got Harold Baines and Rafael Palmeiro to fly out to center fielder Lewis.