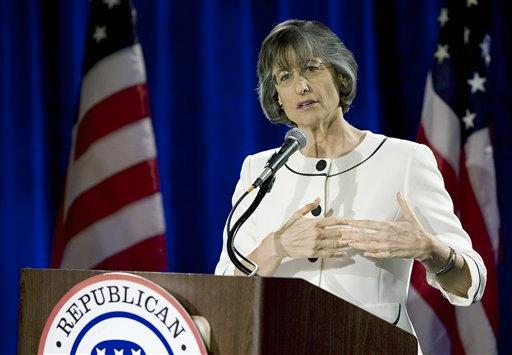 Sarah Ferguson, the Duchess of York, does extensive charitable work, is the spokesperson for Weight Watchers, and a full-time mom. But she also manages to write books for children.

She's penned the second in a series about a red-headed girl named "Little Red." This one is called, "Little Red's Christmas Story."

Little Red was conceived as the logo for "Chances for Children," a U.S.-based charity founded in 1994 to help "forgotten children in America." When Little Red was turned into a rag doll, her popularity soared, and Ferguson decided to write books about her.

But "Fergie" told The Early Show co-anchor Hannah Storm that Little Red has a fascinating, "real-life," terrorism-related history as well.

In the aftermath of the April 1995 Oklahoma City bombing, a 6-month-old Fergie referred to only as P.J. was carried out of the rubble by a fireman. P.J. was given a Little Red doll to comfort him. His body was badly burned.

On September 11th, Fergie says, a Little Red doll was sitting in the window in the charity's World Trade Center offices. "It's years later," she notes. "And a fireman found Little Red in the (trade center) rubble -- and picked her up and carried her out."

Fergie told Storm the Little Red series is her way of thanking the American people. "You've given me back my life, you know? The American people have embraced me…just said, 'It's OK to be yourself.'

"Where nine years ago, when I arrived (in the U.S.), I was a broken, sinking vessel…now my children have their mommy back. And it's all thanks to the American people saying, 'You're all right, Fergie. Come with us. It's OK.'"

Fergie says her philosophy is one of hope: "It's what we're all about. Why don't you do something different today? Why don't you go up and make a gingerbread man or smile at the person on the street? If you smile at someone on the street you don't know, they go, 'Why is she smiling? That's strange. That's weird.' Why don't we do it more?

"The whole premise of these books is the value of friendship and integrity and loyalty."

There are plans for at least two more Little Red books.

In "Little Red's Christmas Story," published in October, Little Red and her friends set off to deliver Christmas gifts and find a tree to decorate. The group stumbles upon Santa Claus, who is unable to deliver any Christmas gifts because one of his reindeer is sick. Little Red and her pony volunteer to help while Little Blue returns home to decorate the house. Of course, everything turns out jolly in the end with lots of holiday goodies exchanged and holiday cheer spread.

Fergie read an excerpt for viewers: "It was Christmas Eve at Buttercup Cottage. The house was covered with snow, and long squiggly icicles dangled from the roof. Little Red and her friends were ready to set off for Christmas Tree Wood, where their favorite little fir tree grew.

"'Let's get a wiggle on!' said Little Red. 'It's time to go, and we've got lots of presents to deliver along the way.'

Singing carols, the merry gang crunched through the snow while snowflakes bustled all around."