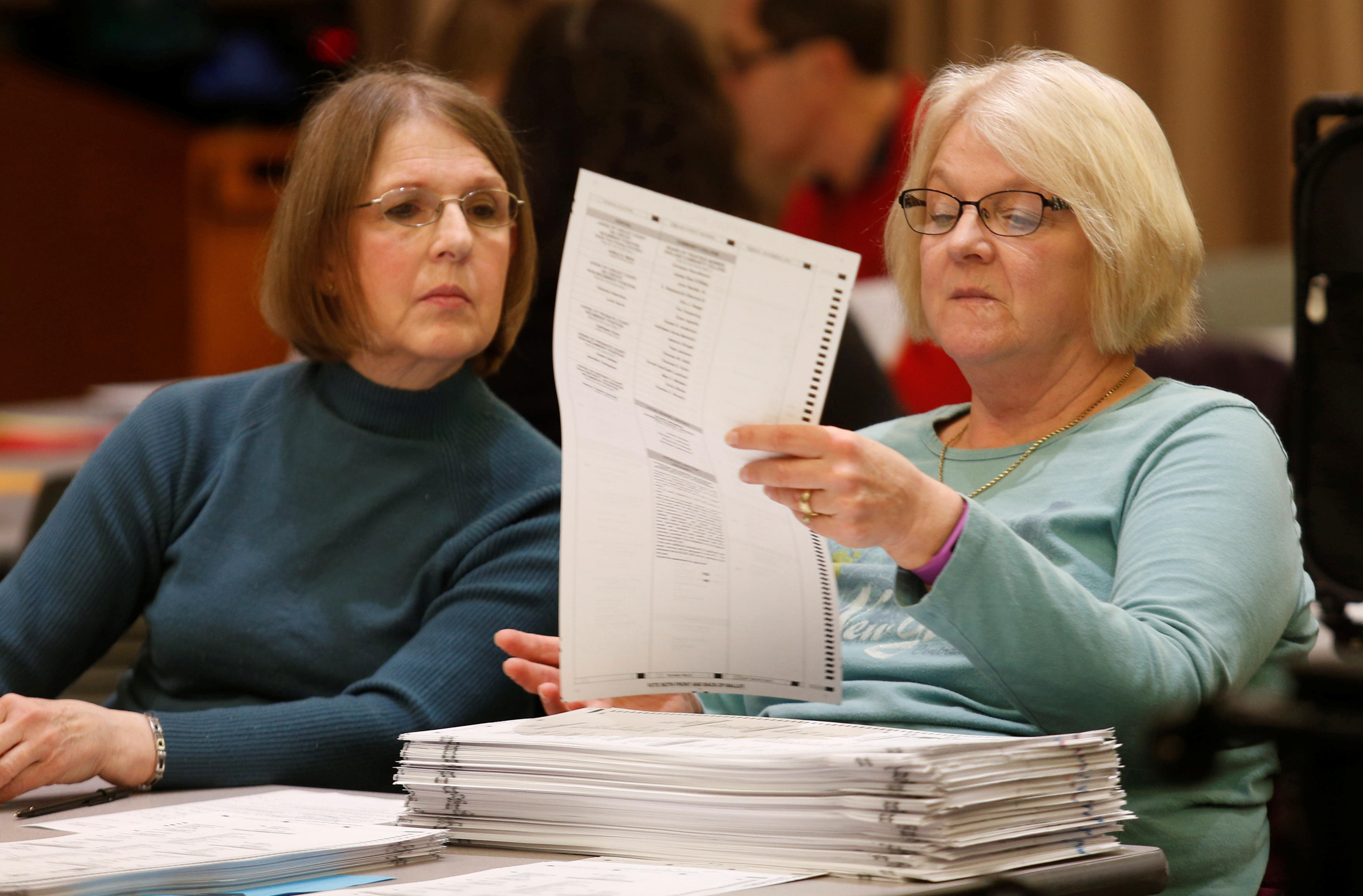 The presidential recount in Michigan expanded Tuesday to its largest county, which includes Detroit, and five other large counties, with the fate of a statewide recount push in Pennsylvania awaiting action in federal court.

President-elect Donald Trump narrowly defeated Democratic candidate Hillary Clinton in both states and Wisconsin, which started its recount last week. The recounts requested by Green Party presidential candidate Jill Stein were not expected to change enough votes to overturn the result of the election.

Stein, who received about 1 percent of the vote in all three states, says her intent is to verify the accuracy of the vote. She has suggested, with no evidence, that votes cast were susceptible to computer hacking.

Here’s what’s happening in each state and in Nevada, where a partial recount of the race was requested by independent presidential candidate Roque De La Fuente:

The recount began Thursday and continued over the weekend, with little change so far in the unofficial results as reported on election night. Six counties had completed their work by Monday morning, with the margin between Trump and Clinton unchanged. Both candidates lost 20 votes.

A federal lawsuit was filed late last week by a Trump voter and two super PACs seeking to stop the recount. The judge rejected a request to halt the recount while the lawsuit is pending and scheduled a hearing for Friday.

Trump won Wisconsin by about 22,000 votes over Clinton.

A federal judge in Detroit ordered a statewide hand recount of roughly 4.8 million ballots that started in two of the state’s 83 counties on Monday. Six more started recounting Tuesday, including the largest, Wayne. Republicans appealed that ruling Monday.

A spokesman for Republican Secretary of State Ruth Johnson said it’s possible not all votes will be recounted in Wayne because of improper seals on ballot boxes and other issues. In such cases, the original vote would stand. Democrat Hillary Clinton won 67 percent of Wayne County’s vote.

Trump won the state by about 10,700 votes, or two-tenths of a percentage point, over Clinton.

Republican Attorney General Bill Schuette, the Trump campaign and super PACs have filed separate lawsuits asking state courts to prevent the recount, arguing that Stein, as the fourth-place finisher, is not “aggrieved” because she has no chance of winning in a recount. A hearing is scheduled Tuesday on those actions.

Also Tuesday, a Republican-controlled committee approved legislation that would require candidates who lose by more than 5 percentage points to pay 100 percent of the estimated recount cost. Those candidates now pay $125 per precinct, which is Stein’s case is nearly $1 million. Johnson has said the recount may cost $5 million. The bill would retroactively apply to Stein, though Democrats questioned the constitutionality of changing the rules “in the middle of the game.” The bill’s sponsor, Lisa Posthumus Lyons, argues that taxpayers shouldn’t have to pay for “frivolous” recounts.

The Green Party filed a federal lawsuit on Monday seeking a statewide recount - a move that came after the party on Saturday dropped a case set to be argued Monday in state courts.

An updated count Monday by state election officials showed Trump’s lead shrinking to 47,750 over Clinton, out of 6 million votes cast, as more counties finished counting overseas ballots and settled provisional ballot challenges. That is still shy of Pennsylvania’s 0.5 percent trigger for an automatic statewide recount. Final counts are outstanding in some counties, but there are not enough uncounted votes to change the outcome, officials say.

A partial recount is underway in Nevada at the request of De La Fuente, who finished last with a fraction of 1 percent of the vote. He paid about $14,000 for the recount to provide what he called a counterbalance to the recounts sought by Stein. Most of the 92 precincts being re-counted are in the Las Vegas area, with eight of the precincts in four other counties. If the sample shows a discrepancy of at least 1 percent for De La Fuente or Clinton, a full recount will be launched in all 17 Nevada counties. Clinton defeated Trump in Nevada by 27,202 votes, out of 1.1 million votes cast. Nevada Secretary of State spokeswoman Gail Anderson said the recount will be finished by the end of this week.