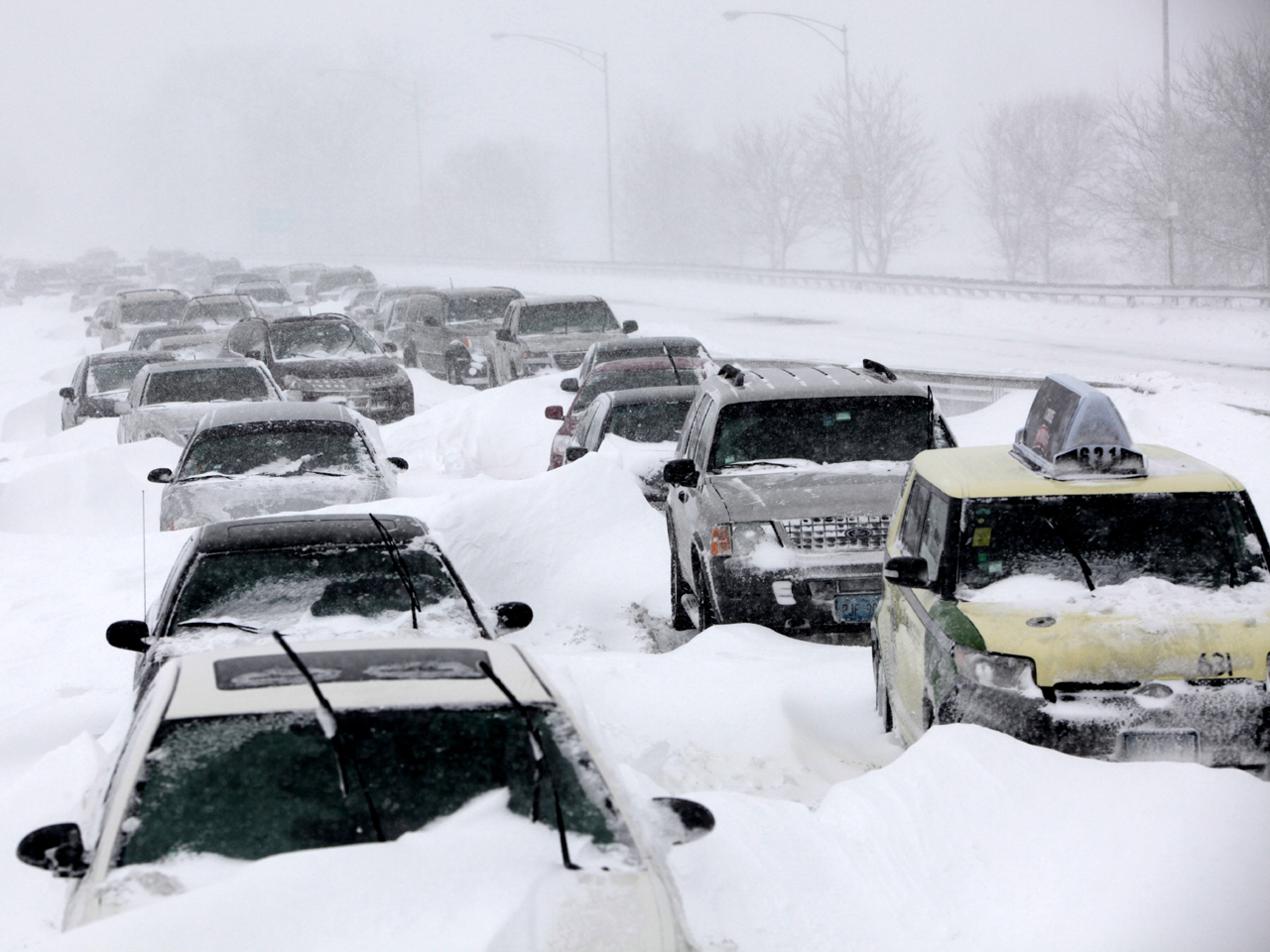 WASHINGTON - America smashed the record for billion-dollar weather disasters this year with a deadly dozen, and counting.

With an almost biblical onslaught of twisters, floods, snow, drought, heat and wildfire, the U.S. in 2011 has seen more weather catastrophes that caused at least $1 billion in damage than it did in all of the 1980s, even after the dollar figures from back then are adjusted for inflation.

The National Oceanic and Atmospheric Administration added two disasters to the list Wednesday, bringing the total to 12. The two are wildfires in Texas, New Mexico and Arizona and the mid-June tornadoes and severe weather.

NOAA uses $1 billion as a benchmark for the worst weather disasters.

Extreme weather in America this year has killed more than 1,000 people, according to National Weather Service Director Jack Hayes. The dozen billion-dollar disasters alone add up to $52 billion.

Hayes, a meteorologist since 1970, said he has never seen a year for extreme weather like this, calling it "the deadly, destructive and relentless 2011."

This year's total may not stop at 12. Officials are still adding up the damage from the Tropical Storm Lee and the pre-Halloween Northeast snowstorm, and so far each is at $750 million. And there's still nearly a month left in the year.

Scientists blame an unlucky combination of global warming and freak chance. They say even with the long-predicted increase in weather extremes triggered by manmade climate change, 2011 in the U.S. was wilder than they had predicted. For example, the six large outbreaks of tornadoes cannot be attributed to global warming, scientists say.

"The degree of devastation is extreme in and of itself, and it would be tempting to say it's a sign of things to come, though we would be hard-pressed to see such a convergence of circumstances occurring in one single year again for a while," said Jerry Meehl, a climate scientist at the National Center for Atmospheric Research in Boulder, Colorado.

Another factor in the rising number of billion-dollar calamities: "More people and more stuff in harm's way," such as in coastal areas, said NOAA Administrator Jane Lubchenco.

"What we're seeing this year is not just an anomalous year, but a harbinger of things to come," with heat waves, droughts and other extreme weather, Lubchenco said Wednesday at an American Geophysical Union science conference in San Francisco.

The number of weather catastrophes that pass the billion-dollar mark when adjusted into constant dollars is increasing with each decade. In the 1980s, the country averaged slightly more than one a year. In the 1990s, it was 3.8 a year. It jumped to 4.6 in the first decade of this century. And in the past two years, it has averaged 7.5.

Other years had higher overall damage figures because of one gargantuan disaster, such as Hurricane Katrina in 2005 and a 1988 drought.

But this is not just about numbers.

"Each of these events is a huge disaster for victims who experience them," Lubchenco said in an email. "They are an unprecedented challenge for the nation."

Half the billion-dollar disasters were tornado outbreaks in one of the deadliest years on record. More than 540 people were killed in those six tragedies. In four days in April, there were 343 tornadoes in the largest outbreak on record, including 199 in one day, which is another record.

Texas had more than a million acres burned by wildfire, a record for the state, and Oklahoma set a record for the hottest month ever in the United States. The Ohio River Valley had triple the normal rainfall, which caused major flooding along the Mississippi River.

"Too little water in the South, too much water in the North," said Andrew Weaver, a climate scientist at the University of Victoria in Canada. "It's a story we are hearing more and more often."