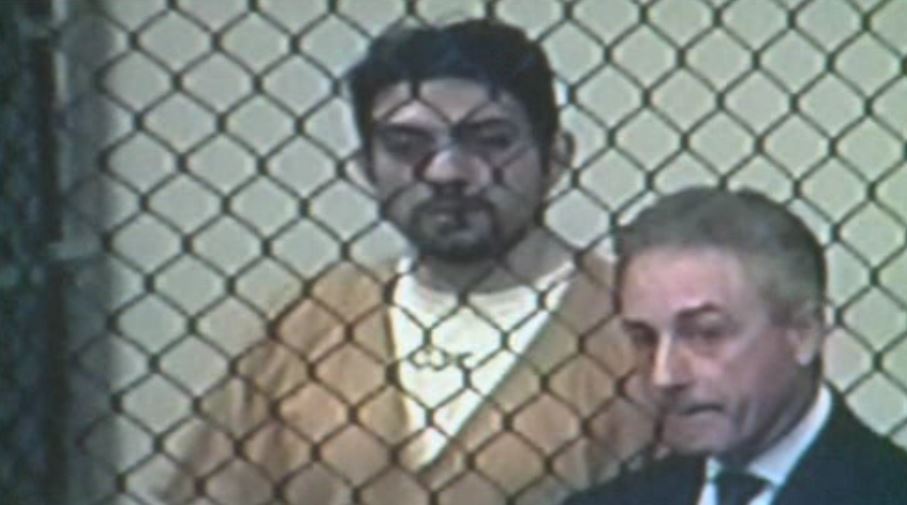 SANTA ANA, Calif. -- The suspected mastermind of a three-man escape from a Southern California jail says he never intended to harm anyone during his eight days on the run.

In a jailhouse interview, Hossein Nayeri told the Orange County Register he didn't want anyone to get hurt and asserted that he's innocent of the kidnapping and torture charges that landed him in jail two years ago.

"I'm a nice guy," he said Friday. "I've done a lot of things for humanity that are opposite of what I have been accused of."

He declined to elaborate.

Nayeri, 37, who was recaptured Jan. 30 after traveling 400 miles to the San Francisco Bay Area, added that being a fugitive was more stressful than liberating.

"I wouldn't say it was enjoyable," he said.

Nayeri, 20-year-old murder suspect Jonathan Tieu and 43-year-old attempted murder suspect Bac Duong escaped from the Central Men's Jail in Santa Ana on Jan. 22 by sawing through a metal grate, climbing inside jail walls to reach the roof and rappelling down four stories using a rope made of sheets.

Authorities said the trio received help from an outside contact who smuggled in a knife and gave them a ride to safety.

Prosecutors decided not to charge a teacher at the jail who sheriff's investigators suspect of helping Nayeri, an Iranian-born former Marine.

As part of his plan, Nayeri cultivated a relationship with 44-year-old Nooshafarin Ravaghi, an Iranian-born woman who taught English as a second language to jail inmates, authorities said.

At some point, she provided him with a Google Earth map that showed an aerial view of the entire jail complex, Orange County Sheriff's Capt. Jeff Hallock said. Ravaghi was arrested and booked on suspicion of being an accessory to a felony, but District Attorney Tony Rackauckas said there wasn't enough evidence to hold her.

The escaped prisoners eluded authorities until their alliance unraveled after a dispute about whether to kill a cab driver they had taken hostage.

The cab driver said Nayeri wanted to kill him and Duong did not.

Nayeri declined to comment on the matter and said nothing when asked if he organized the escape.

Nayeri said he closely followed news coverage of the escape and manhunt during his time on the run and insists he's not the villain portrayed by the media and prosecutors.

"The media coverage was insane. I was convicted in the court of public opinion. It blows my mind."

After being returned to jail, Nayeri's lawyer requested to delay his trial on charges of kidnapping and torturing a marijuana dispensary owner by burning him with a blow torch and cutting off his penis. Defense lawyer Salvatore P. Ciulla said he needed more time to address issues in the case and to find a jury following widespread publicity of the jailbreak.

Nayeri said in the beginning of his time in jail, he was very emotional and cried often.

On Thursday, the union that represents Orange County sheriff's deputies filed a lawsuit calling for the restoration of a "safe and appropriate working environment" at the jail, CBS Los Angeles reported.

It claims in court documents that the jail is unsafe for both deputies and the inmates being held there.

The suit alleges that safety concerns have been raised over the past several years and were either "immediately dismissed or deliberately ignored."