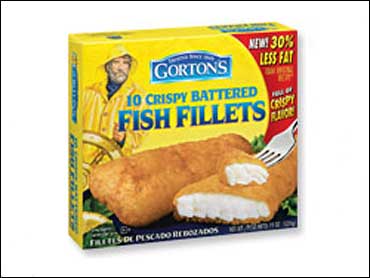 Gorton's Inc. recalled about 1,000 cases of frozen fish in 10 states, including Oklahoma, on Friday after confirming that items a Pennsylvania customer reported finding in her food were pills.

Gorton's said it ordered the recall as a precaution while a laboratory works to determine the nature of the pills. Results are expected early next week.

"Obviously product alteration is a very serious matter," said Jud Reis, vice president of marketing for the company, based in Gloucester, Mass. "We are conducting a full investigation into the source of the problem."

Tracy Rowan of New Freedom called police to report that she bit into one of the pills Sunday after her 9-year-old daughter realized one was in her fish, too. On Friday, Reis said the material was some sort of pill, not compressed batter or bread crumbs.

Rowan described the pills as beige and aspirin-size.

"It's kind of frightening to not only find something in your mouth, a foreign object," Rowan said Friday. "But then basically my heart stopped when my daughter said, 'I have one in my mouth, too,' and pulled it out."

Rowan, her daughter and her 10-year-old son got checked out in an emergency room, then reported the incident to local police. They haven't gotten sick, and Reis said the company knows of no other incidents.

Rowan said her daughter cooked the food and was adamant that she did not alter the fillets.

The fish was sent to nine other states: Alabama, Delaware, California, Florida, Georgia, Oklahoma, South Carolina, Tennessee and Texas. The Pennsylvania Department of Agriculture and the U.S. Food and Drug Administration are investigating, Reis said.

For more information on the recall visit the Gortons.com Web site.