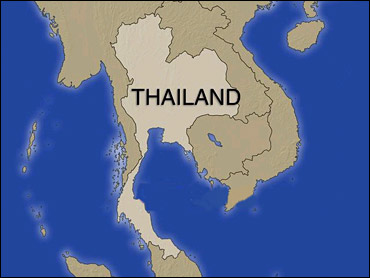 Suspected Islamic separatists set off at least four bombs and fired at security personnel in an evening attack Thursday on a provincial capital in southern Thailand, killing at least one person.

Officials at the provincial hospital in Yala, the capital of the province of Yala, said police private Somporn Dulayanit was killed and 19 other people were injured, including three policemen.

One suspect was arrested with a weapon, police said.

"The five points where the bombs exploded are places where people go during the night: a hotel, two 7-Elevens, near a restaurant and near the railway station, all of which are usually crowded with people, so we can say that the troublemakers targeted on innocent people," he told Thai TV Channel 5.

Details were sketchy because of chaos that followed the attacks, compounded by a blackout apparently caused by a bomb which exploded at the provincial power station in the same town. Electricity was restored to some areas about two hours after the attacks, which occurred at about 6:30 p.m.

The commander of the task force for the immediate area, Col. Kitti Intason, said the attackers set off a bomb at the provincial power station to cause a blackout before the other attacks.

After the bombs exploded, the attackers opened fire on crowds of people with automatic weapons, Kwanchart said.

Thailand has been facing an escalating insurgency in its Muslim-dominated southernmost provinces since January last year, which officials blame on Islamic separatists. Almost 900 people have died in the sectarian violence in Yala, Pattani and Narathiwat provinces.